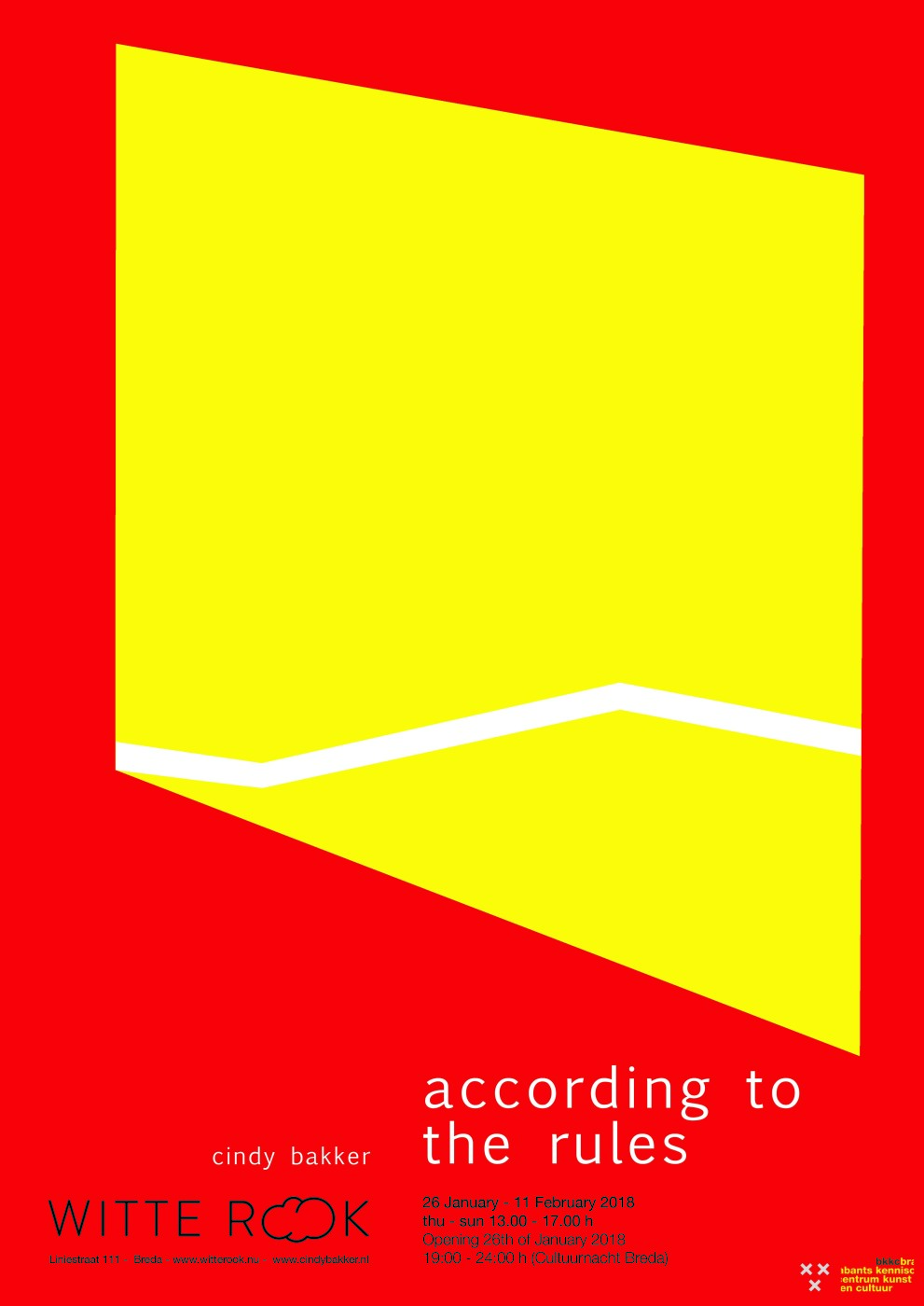 AIR #1 - According to the rules - Cindy Bakker

In this first residency at Witte Rook Breda, Cindy Bakker started by asking herself how she could translate her own physical experience of a (for her unknown) place into color. A working period of over three months passed and through interviews and visiting the city archive, she found underlying structures of the house itself. This work can be seen as an action that has been performed according to certain rules. A site specific work where the underlying structures display a direct confrontation with the space itself, resulting in a formal outcome named color.

Color has a primary attention in a space. It works as a temporary element in a world where there is the necessity to change the visual structures, following its materialization in order to be transformed into subject matter. The experience of its formality is getting a more domestic sensation because of the direct interaction. The repetition, density and range are the main elements that emerge color to become vibrant itself. The physical presence within the color is almost an undefined experience due to timeless perception of its dominance. The essence of vision can only be learned by doing. Color works as a domestic code that refers to this, and plays with its physical scale in relation to the pictorial space called reality.