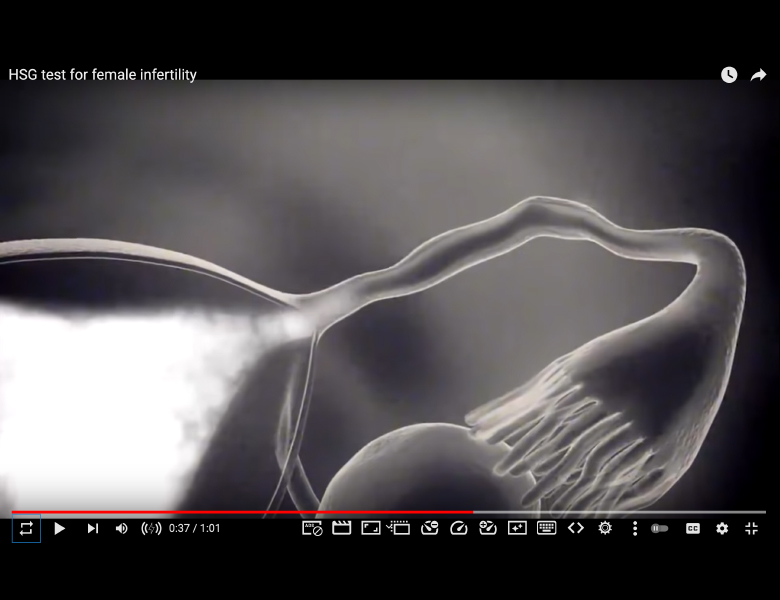 Summary:
A woman, a migrant, and photographer tries to get a grip of herself and push herself through an HSG examination, part of a check-up for fertility treatment. She’s having difficulty focusing and her mind trips on recent memories and distant ones, ones she’s never had.

I was asked to go to the changing room. I remembered that “waiting is the habit of the poor” (Allan Sekula). I waited. Then I stepped into the Hysterosalpingogram C arm and I allowed the X-ray machine to peer into my insides. I saw them cloudy. My eyes, reverberating the double dose of anesthetic, began to lactate.

It came when I began shaping up my breakfast to consist of pink vitamins and light yellow pills of folic acid, a side of blended fruit, porridge, coffee, and the hope that I’m getting this right. It started when I began scheduling vaginal check-ups and I learned to barely flinch at the thought of having blood drawn. The regularity of the act almost turned it into some sort of offering. Both my right and my left arm carried, subsequently, the scars of one hasty young assistant or another that pierced my skin to get to my veins a little too quickly.

I traveled with the flowery bruises for days after.

Through the fertility check-ups, my body progressively revealed its contents. I’d never before thought of taking a peek inside.

A friend recently likened analog photography to child making. The same hidden process, the anticipation of the final result, the not knowing, the joy of the reveal. The things that can go wrong or slightly wrong. Though the thought had never occurred to me before, the moment she said it things fell into place.

Touching in the dark, opening up film canisters, chemical steps that lead to the kind of image-making I’ve left behind the moment I came to the Netherlands as a young and wide-eyed Romanian migrant realizing the cost of developer alone would burn a deep hole in my pocket and I might as well reorient towards less expensive pursuits. Yes, a little bit like child making!

Somewhere in an open tab, a Guardian article seemed to already contain my thoughts on the matter, proof that I wasn’t alone in all this:

“People need to stop telling me to ‘just get on with it’ if I want to have children,’” Jen Cleary says, clearly exasperated. “Most of my generation simply cannot afford to. Being childless is out of my hands and it is a devastating and frustrating reality.” Cleary, a 35-year-old former teacher, is recounting how financial precariousness means that her dream of having a family may never come true. It is an experience that many millennials – defined roughly as those born between 1981 and 1996 – have encountered.”

Ten years into my artistic development, my fluctuating income, and my desire to reproduce, I was ready to dive back into it though I might not have had a “now or never” kind of drive. Regardless, I spread my legs wide and was asked to relax my pelvis, to ignore the cramps. And could I please lift my body just a little bit higher on the examination table? All the while being surrounded by only partly comprehensible chit-chat. While set into place I remembered the written instructions: “To make an appointment for this examination, call on the first day of your period (if the 1st day is a weekend, call Monday). We will inform you of the time for this examination, which will take place in the radiology department. At the same time, we will make an appointment for you with your doctor to discuss the results of the examination. The photos are carried out two afternoons of the week. We may not be able to schedule you directly.”

I was 35 at the time when we start talking about an HSG. I am 36 by the time I’m submitted for the procedure.

I took the 1st tablet the evening before the examination.

I took the 2nd tablet two hours before the examination.

I remembered while lying down, the steps for film development:

Load the Film for Development.

Pre-Wash or Pre-Soak Your Film.

Do a Final Rinse.

Hang Your Film up to Dry.

An HSG was nothing but one step in figuring out my fertility levels, the same as the blood tests. It was a pit stop on the way to actual treatment, which could be mild – hormonal treatment and sperm injections into my uterus at just the right time of the month – or more radical – hormonal treatments and in vitro fertilization.

But on that particular day, the day of the examination, half groggy, half-conscious, I didn’t even think that far into the future. I only existed in the now, as much of me as was left after taking a dose of anesthetic that could put a horse to sleep. And in the “now”, or the “then”, I’d tell myself that if this all fails, if all it ends up being is the image-making of a failure, I can always run away. I tell myself, I can swing back between periods, or simply leave the country. I might not be getting any younger, but the procedure makes me feel so much not myself that I start to hallucinate while trying to prevent myself from cramping, while the tube with liquid is shoved discretely up my vagina and into my uterus.

One thought leads to another and soon enough I think of America, I think of the South. I get irreconcilably melancholic.

I think about how I usually stop by free bookshelves in the street, and there’s one in Amsterdam East on Nicolaas de Roeverstraat. There was a book on magic tricks. But there was also one on crying. I considered it had a title that could have been improved upon. It was called “The crying book”, but if the author – Heather Christle – would have named it “The book of crying” it maybe would have been a little bit more successful and not ended up dropped in a random street library. Since I’d been sad it spoke to me so I picked it up.

I opened it and read it at random, and it was just as well because it was a scattered series of anecdotes about crying. I allowed myself to gently submit to the contagion. I imagined my body’s failure and gave my body a mental embrace. I thought the least I could do if I couldn’t have children, would be to teach my body to cry properly.

“But we have come all this way, and I have not yet explained how to cry in the first place! If you find it hard to start, Julio Cortazár’s ‘Instructions on How to Cry’ suggests picturing ‘a duck covered with ants’, or certain bodies of water ‘into which no one sails ever.’”

At the time I rushed to find the full text online, translated from Spanish, I had so much to learn:

“Leaving aside the reasons, let’s stick to the correct way to cry, understanding by this a cry that does not enter the scandal, nor that insults the smile with its parallel and awkward resemblance. The average or ordinary cry consists of a general contraction of the face and a spasmodic sound accompanied by tears and snot, the latter at the end, since the cry ends the moment one energetically blows his nose. To cry, direct your imagination towards yourself, and if this is impossible for you because you have contracted the habit of believing in the outside world, think of a duck covered in ants or those gulfs of the Strait of Magellan that no one enters, never. When the crying arrives, (s)he will cover his face with decorum using both hands with the palm facing inward. Children will cry with the sleeve of the jacket against their face, and preferably in a corner of the room. The average duration of crying, three minutes.”

But once I started, once I slipped into memories, it felt like being dragged down a tunnel, I thought of better times, I thought of times when having children might have been easier, if one was only in the historical sweet spot, and maybe even if one had been in the particularly privileged class at the time, though that’s a lot of “if’s”. But I couldn’t hold myself back and I thought of abundance, I thought about America, I thought of the North and how: “[in the 1950s they used to have], per capita, more automobiles, more telephones, more radios, more vacuum cleaners, more electric lights, more bathtubs, more supermarkets, more movie palaces, and hospitals, than any other nation. Even at mid-century prices [they could] afford college education and T-bone steaks for a far higher proportion of  people than […] anywhere else on the globe.”

Flash forward to 2021, in early October a queue of 65 cargo ships were waiting outside Los Angeles and Long Beach, two of America’s biggest ports. “The huge backlog was linked to surging demand for imports as the US economy reopen[ed] – and was seen as the latest sign of the supply chain disruption hitting the US.”

I rarely think about Europe since I find myself in it.

But maybe this moment, entangled as I was in machinery peering at my insides, was a better time than ever to start thinking about the place I was living in. What kind of world would I be bringing a child into if I even ever managed to have one? I looked up at the hospital lights above me and I remembered my latest trip.

I started traveling by train through Europe in the winter of 2019. Perhaps it was an exercise in finding out how things work a little closer to home, an exercise in imagining what the future would look like, starting with the present. I checked the map, calculated my trajectory – the Netherlands to Romania – from one home to another. I was intrigued by the amount of time my trip from Budapest to Bucharest would take until I realized it came with two border controls (the Hungarian and the Romanian). Twisted are the ways of diplomatic economic agreements!

The sign which shaved off time said “Schengen”. The sign was not physically present but it announced itself nonetheless. It was a simple border sign. Not the most dramatic of borders, mind you, but a direct way of shaving a few hours off of one’s life expectancy when crossing, which brings the grander reality of the violence of borders to light.

On the train from Bucharest back to Amsterdam, I witnessed other forms of image-making. A border security guard at Lőkösháza, in Hungary, handled a meter-long black stick at the end of which she had a mirror. She waved it under our beds and way above them, hoping to catch something, anything, anyone, hiding.

I’ve lost my ability to look into the future. Traveling does that to you, so does anesthetic. The reality of planning disappears into the background. You can’t put one thought after another, but your eyes filter the environment, your dreams process the day.

The doctor laid a hand on my stomach and told the nurse to release the strap she had tied on my arm to squeeze in yet another dose of anesthetic, a third. My body was surprisingly slow to cooperate, but we collectively reached the end of the examination. An image had emerged: one clearly defined fallopian tube and another slightly blocked, but not a bad sign, I’m told. “It’s just because anesthetic can be overwhelming and so can the pain. After all, we shouldn’t drag things on too long.” I’m told everything is more or less normal, despite my body not having performed at 100%. I’m told to expect a call during the following week. I slide my body out of the hospital and start walking out into the street, disoriented. I’m in the Netherlands again. I cry as a release.

And then grab a bus home.