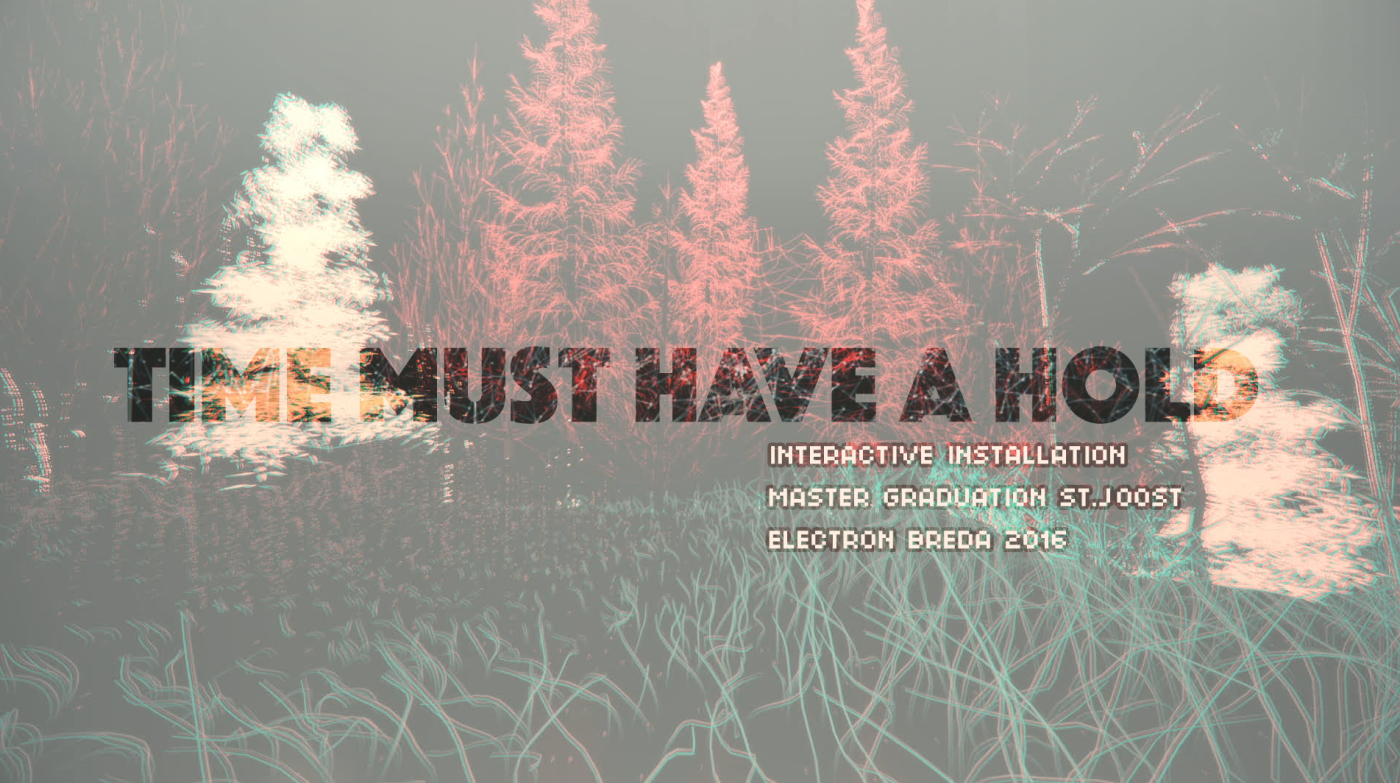 More than just a graduation project

It is ironical, how sometimes we take things for granted and, when they happen to be completely different from our understanding, we cannot believe in our own ignorance. It’s a repetitive mistake we are not even conscious of until somebody or something makes us realise it.

I have moved to Breda almost a year ago to pursue master studies in animation. After years of thinking of animation only in terms of VFX and 3D I wanted to learn the other, less familiar side of animation. Yet, everything that I assumed about that unexplored territory was still connected to the screen, be it in cinema or at home. Even though, in the past years, I have visited a few of art&technology oriented festivals, Retune, Transmediale, Discovery etc. I have never made a connection to animation. In my experience, the visitors and lecturers always talked about it as of visuals, digital images, clips. It took me some time to understand that animation is just another medium, that can go with whatever we imagine, if it’s an installation, VR experience, projection and so on. When I first came to AKV | St.Joost I though I would continue to work on movies, commercials etc., the idea of working on interactive installation and get engaged in experimental scene was the biggest revelation of my whole animation studies. Once I was introduced to the disciplines of creative programming and interactivity I felt a huge surge of creativity, I believe everyone can identify with.

Working on time must have a hold
Since I was quite young I can remember being frustrated in not being able to realise and produce some ideas in the real world, whatever it was what I saw or heard in my head. This inability came from both financial and technical difficulty and finally in this project I could let go of those obstacles. I’ve decided to take a risk and do something that I’ve never tried before. I decided to go for an interactive installation, as this form fuses artistic and technical approach that involves the viewer in collaboration. That fact is what makes installation based art so fascinating for me, even though artists provide the audience with some tools, is up to them how they are going to interact with them. A person is the important part of this equation, not just the artefact.

The main inspirations behind this project are Marshmallow Laser Feast, whose VR experience “In the Eyes of The Animal” I saw at Playgrounds Festival 2015.

Putting the helmet on, for the first time, teleported me to another world, filled with sounds, colours and vibrations so different from our perception. Even though there’s not so much interaction, I admired the level of details and sensation of getting part of that magical universe. Another huge motivation were the installations of Daniel Rozin, who deals with issues of image creation and human perception by using mirrors. He believes that no other invention has had a more profound impact on the way people perceive the world around them, and more importantly the way they perceive themselves. What is even more incredible is the fact that, all aspects, from concept to design to electronics and programming he does himself.

Time Must Have A Hold combines our perception of time with its scientific definition. My intention is to polarise concepts of the “logical” and the “visual”, and personally, I find physics to be the purest way of showing rationality in the world. It’s hard to imagine that everything happens only at a given time, an event is a unique position at a unique time. In reality, time is just another dimension, even though it behaves differently from the three spatial dimensions our universe is compounded of. We remember things that occurred, but we don’t “remember” things that will happen. This particular behaviour is caused by the second law of thermodynamics – entropy, which is a measure of disorder that tends to grow with time passing by so far we don’t know the answer to why the universe works this way and to me, this lack of explanation is unsettling. As a creator, I hope to make the viewer let the dread of the future or mistakes of the past go and engage him/her into the abstraction of created animations. I want to focus on the fact that we are always on the move, there’s never time for a break and living in the present.

Doing something for the first time equals stress, mistakes and failures. I have to figure and finalise both technical (MaxMsp, Processing) and visual (3D,2D) part on my own, and to find the balance between testing one and creating the other is challenging. In the beginning I assumed that the visuals I had in my head would work on the big screen, and once I had a working prototype, they didn’t work at all. I was faced with static images of too many elements appearing at once, nothing play-acted, it was a maximalism cacophony. That was a personal downfall, but also a moment of reflection on what I really want to do. I realised I denied the style that was the closest to my aesthetics, and if it wasn’t for that breakdown I might have never created those things I enjoy doing the most. I’m glad to create a piece that engages both artistic and technical sides. It was a struggle to make it the way I imagined, but the experience I’ve gained so far is irreplaceable. It’s an unbelievable opportunity to be able develop it in Electron and I am looking forward to seeing what message and impact it will leave on the audience.

Belcrumweg 19, Breda, Nederland
Paulina Zybinska is a masterstudent of animation at AKV | St. Joost. During this summer she has a work period at Electron.

The exposition at Electron will take place from 26th till 28th of August. You’re welcomed to join the opening on 26th at 7 p.m., during the weekend the exposition will be opened from 10 till 20.