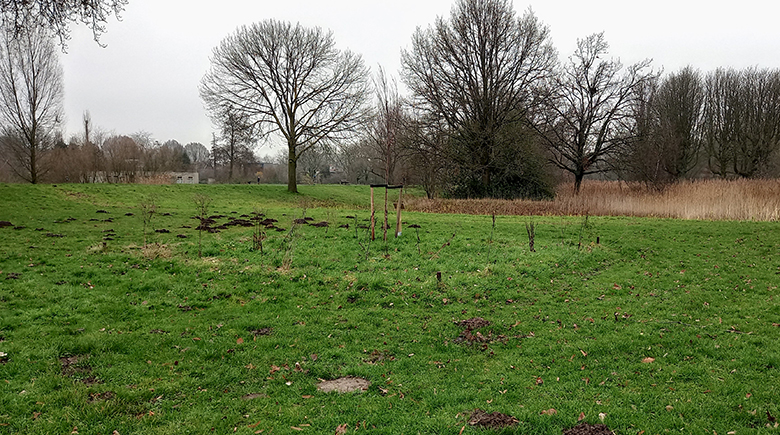 In Zaartpark Breda you can find a demarcated piece of land with a surface area of ​​49m2, where the municipality of Breda will no longer carry out maintenance for the next 20 years. According to the agreement concluded with artist Gerrit-Jan Smit, anyone can intervene within these 7 x 7 meters, except the local government. Artist Mara Varelaki was this fall a guest on this 49m2. 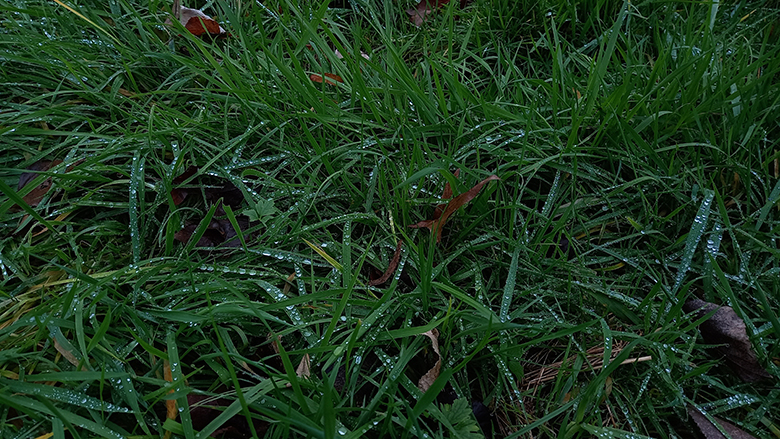 Under the trees
and beneath the blooming weeds
they crawl.
Collecting the mist diamonds

collecting the drops that walked astray.

The short, cool hours before the dawn
when all the breathing ones are sleeping their last dream
the water carriers roam the forest floor
absorbing the frozen cloak off stems and petals storing it within their fragile shells. (For water is sacred.)
(For water is memory.)

Shells of ice and porcelain

Clay – the stuff of bones.

The early hours before each day before the golden light arrives
and the ravens’ eyes open
the water carriers roam the forest floor. 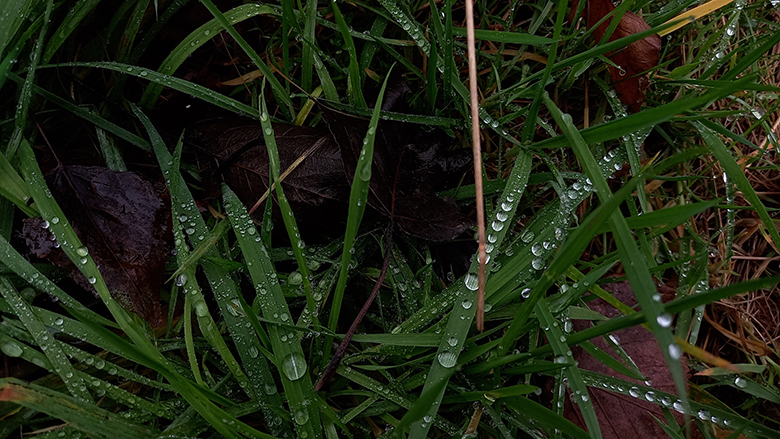 The meadow is not dark after sunset. Light emanates from the shells; — flakes of silver, hidden in the carving depths.

Light that got trapped there when the snails, still alive and crawling, absorbed the dew off the grass blades. Light that trickled down the columella; down the enshrouded chamber inside the apex of the bleaching shell when the flesh of the snail rotted away. 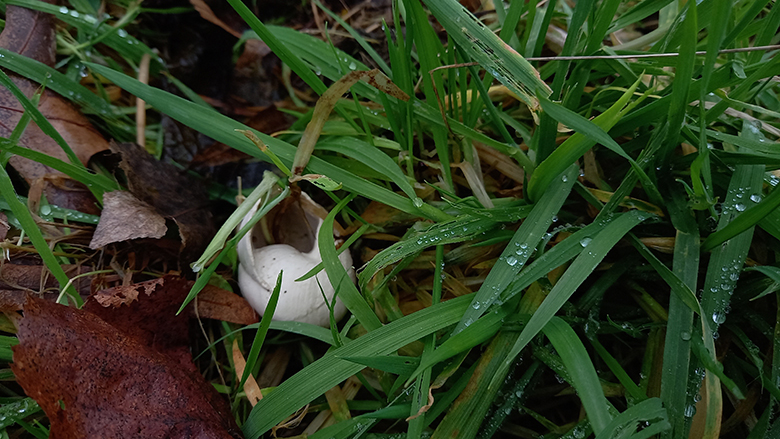 Light emanates from within the shells. Finds its way to the aperture as the grass sprouts out of the shells and grows and dies.

Blades accumulate dew that traps the silver flakes of the moon; flakes and droplets that find the collective grass root after they trickle down the columella again.

Light emanates from the shells and illuminates the meadows;
— reflects on the white bark of the young birches at the edges of forests and guides the mist in and out of the growths. 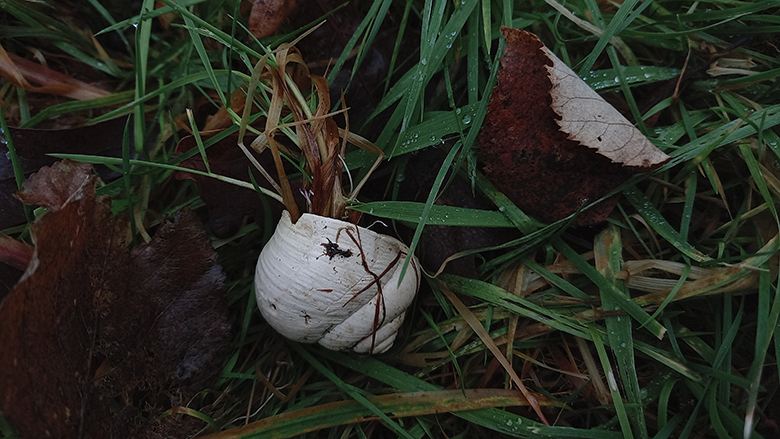 The late hours before each night,
the light that escapes the dew drops and falls in the mice holes in the ground, is absorbed by the Soil; carried deep beneath the expanding collective grass root and reaches the subterranean limbs of the trees.

Words and photographs by Mara Varelaki.

Zaartpark, Breda, Netherlands
The 49m2 project was set up in 2016 by Gerrit-Jan Smit, whose work focuses on social questions such as authority, responsibility, public domain and value. How do we as humans deal with our public space and how much influence does it have on us? The projects that Gerrit-Jan undertakes are in fact experiments to make these questions transparent for himself and perhaps also for others. Therefore 49m2 is a long-term study of public space. Since 2020, an artist has been invited every season to observe the place in relation to the environment, the passers-by and their own work. From September 21 to December 21 the invited artist was Mara Varelaki.

Mara Varelaki is a sculpture and writer, currently living in Eindhoven. Her sculptural/textual work explores the mythological narratives of an imaginary world. By bringing the background landscape to the foreground while avoiding anthropomorphic representations and interpretations of the environment, this body of work rises an objection against anthropocentrism.