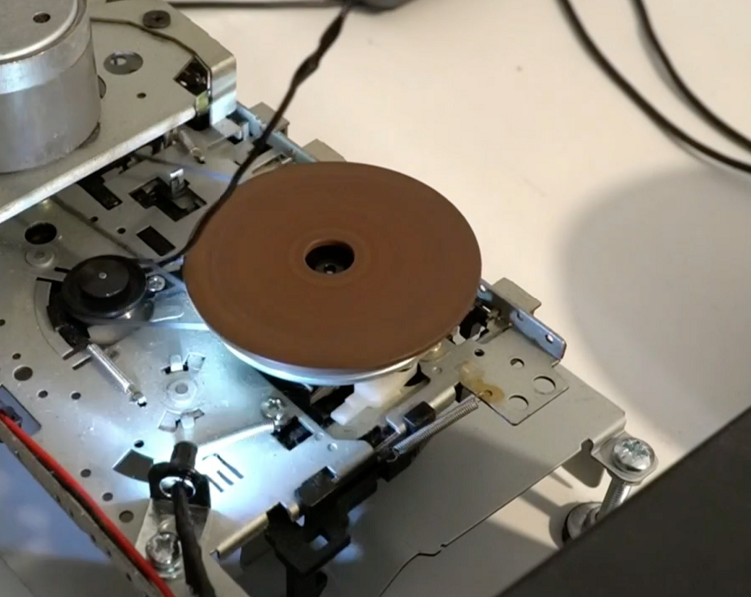 You may recall that in the last update I had decided that week three would be devoted to documenting the current live performance setup I presented at Ferme-Asile, Sion, CH and Data, Marseille, FR to illustrate more the approach of the project and to then show how it develops through the residency.

Well the documentation continued throughout week four also, as I had to reshoot quite a few scenes (some are still too dark even now but this video is more for reference than a final presentation).

So I slowly set up and recorded the sections of the performance, videoing from as many angles as possible, then syncronising sound to video for each clip as I record separately rather than directly into the camera. Previous attempts resulted in rather noisy sound, so I would rather take my time by recording with preamps and synchronising after. 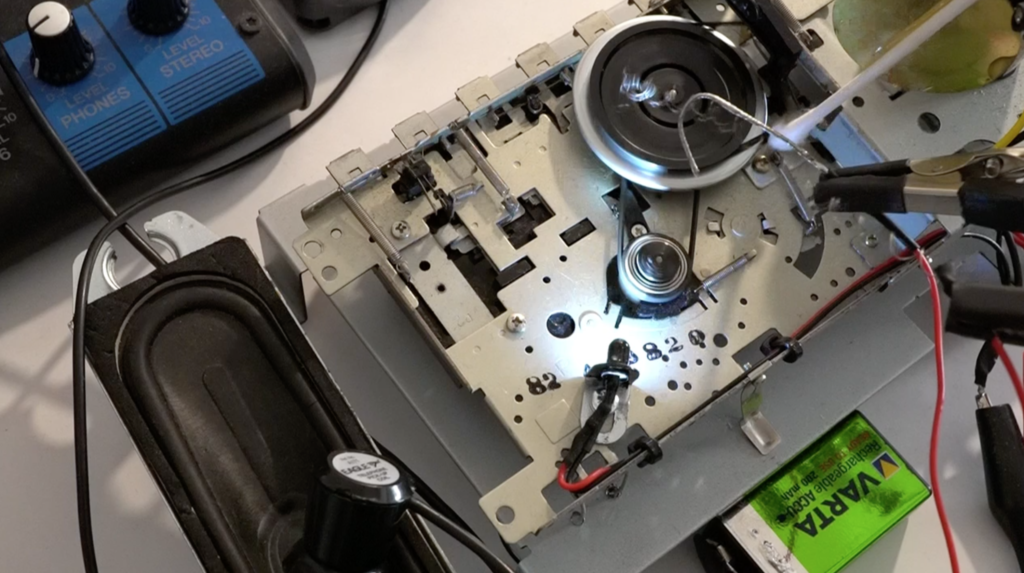 These recordings will also be recomposed as a future album and I prefer them to be separate from the video for this also.

The video can be watched using the link below – but in watching it once again I have noticed a strange glitching effect that seems to divide the picture into quarters. The original footage doesn’t have this so I am not sure at what stage this occurred but I will now have to return to it and replace the affected sections.

There were no meetings with artists based in the Netherlands this week. However I did get to meet Signe Lidén, a Norwegian artist who was involved in the Resonance – European Sound Art Network event that Bart van Dongen informed me of back in week two.

I found that Signe’s work has some parallels with my own – not the projects involving obsolete technology but my Traceable Echoes projects. Her project Writings uses a number of syluses to draw circles in mounds of earth taken from a riverbed. The sound of the stylus moving through the dirt, stirring up the past, can be heard through the use of contact mics. But significantly, she used what she described as a huge clockwork-like mechanism attached to the ceiling of the exhibition space to cause the styluses to move.

AIR International
Week one (17-23 May 2021) Marseille, France This week was spent exploring Marseille for sound activity, much as I would have d...
Door: Simon Whetham
AIR:
AIR Simon Whetham - Week Three

AIR International
Week two (23-30 May 2021) Location: Marseille, France This week started with a trip out to the Piscine de Luminy to see a perfor...
Door: Simon Whetham
Bekijk alle Artikelen