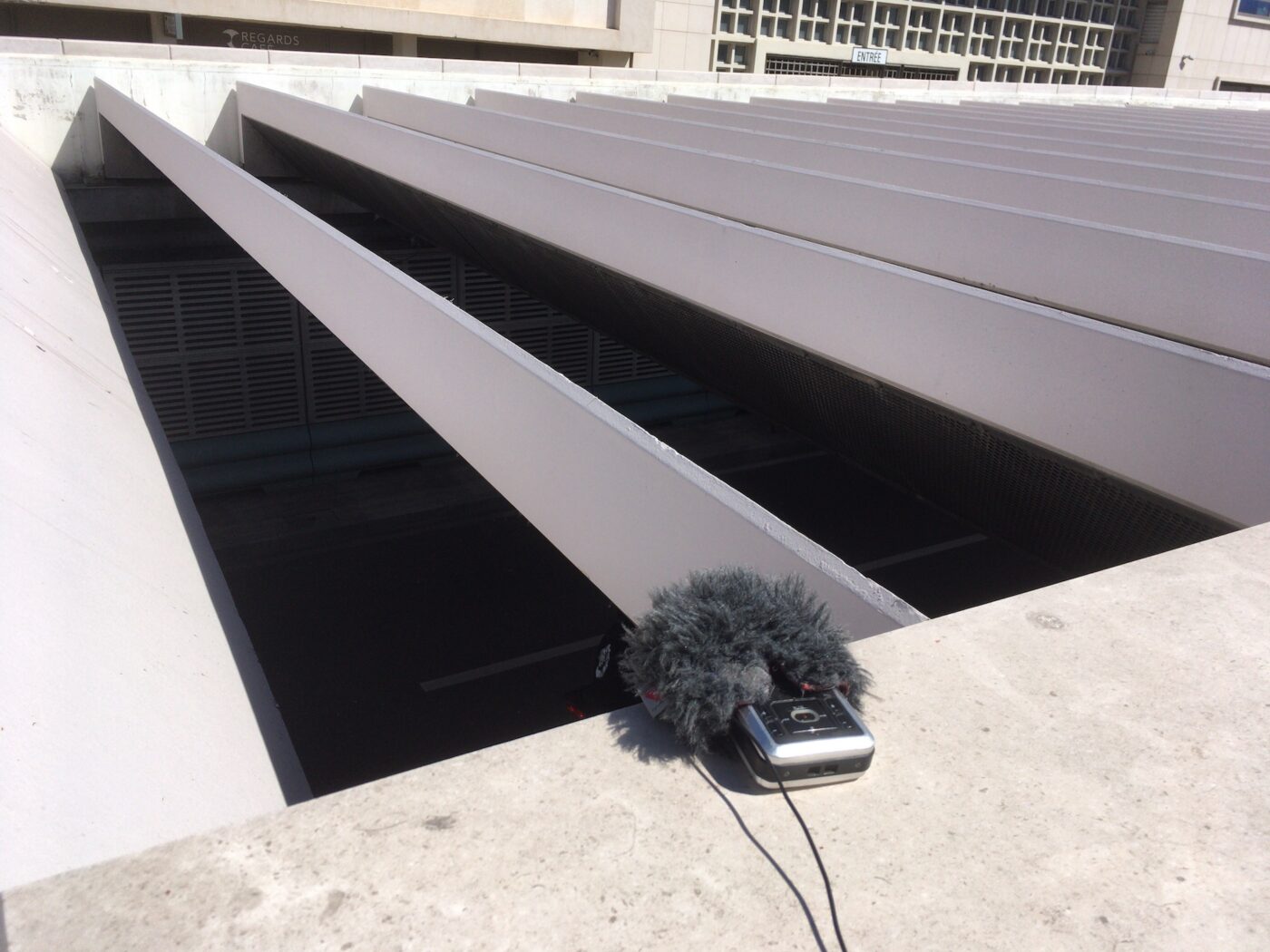 This week was spent exploring Marseille for sound activity, much as I would have done over ten years ago to gather material for a project in a new location. However the reason is slightly different.

I am enjoying the experience of rediscovering Marseille in this way. I was aware of certain sounds particular to the city, but my work is not so based on reconfiguring environmental sounds in the way it was. These recordings are to activate or be filtered through various salvaged motors devices.

And on the first day although I found and documented some interesting activity, I was already feeling the limitations of only recording with ambient microphones, so on the second day I revisited many of the locations with my trusty hydrophone. However the weather was much less windy meaning much of the activity from the day before was not happening. This is the nature of field recording! I always found that if I go with an intention, I very rarely capture what I set out to. And if I manage to, it’s usually not so interesting or inspiring after all!

That said, I did hear some nice echoey clicks and some creaks that sound like wildlife in the harbour area close to Mucem.

The images below show how I attached my hydrophone to a wooden pole in order to place it against my ceiling and record various intrusive sounds that come from my upstairs neighbours. 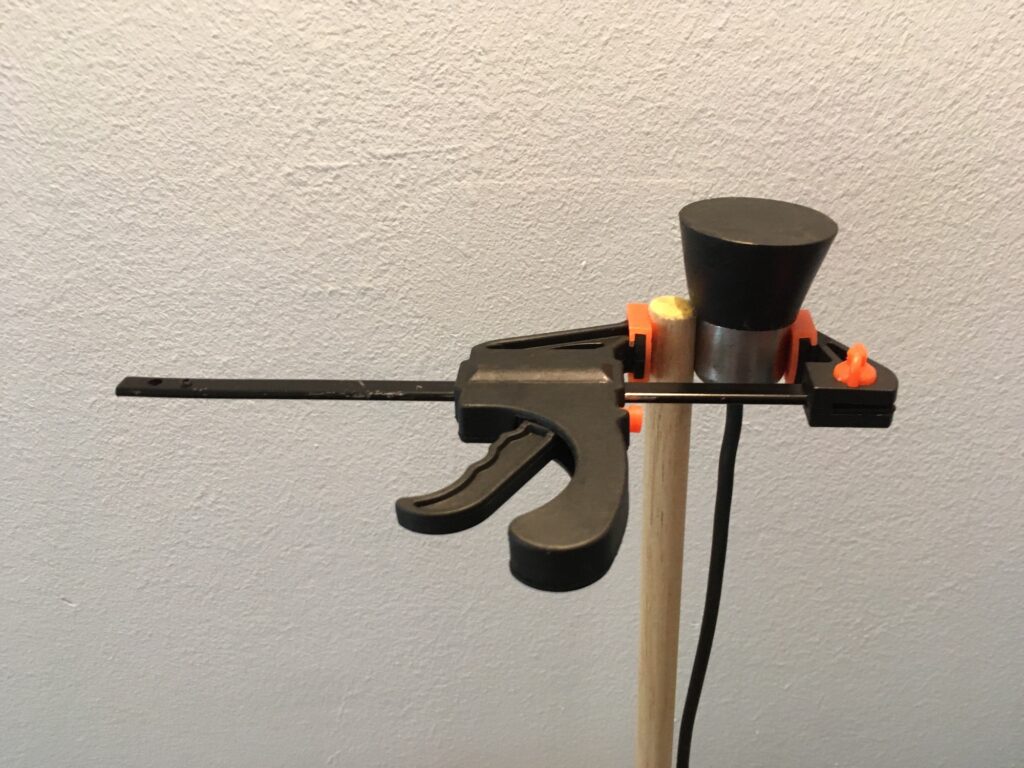 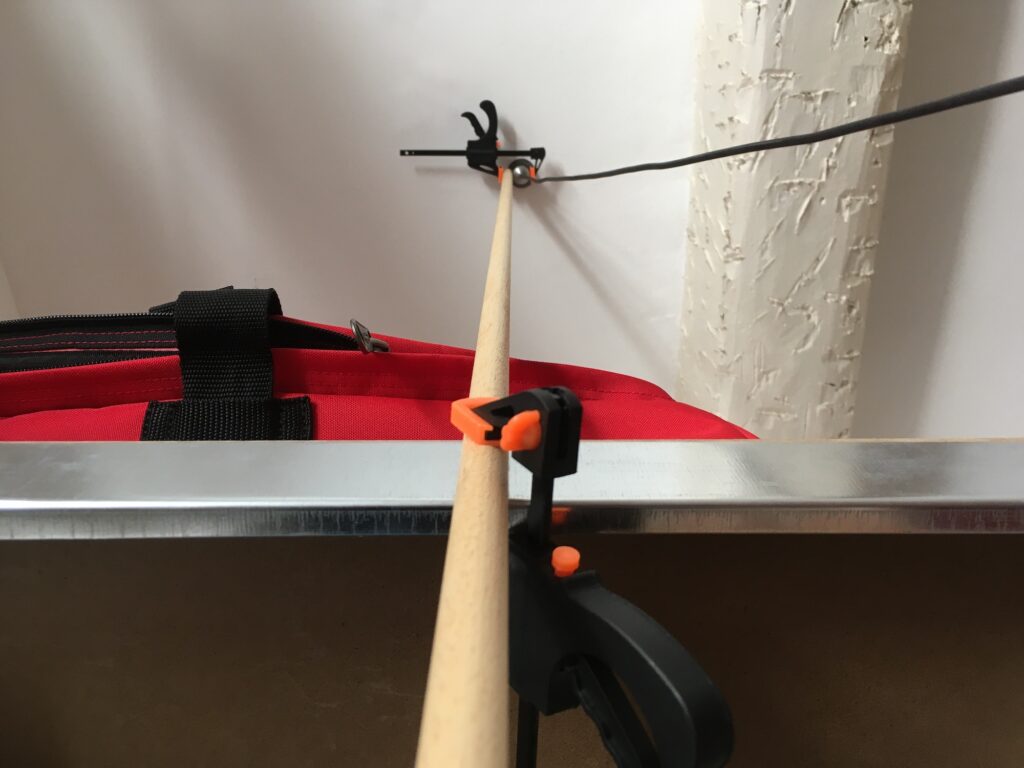 Going back to the matter of intention and field recording, on the fourth day I set out to record any wave action I could from along the coast. But as I said, intention often results in… well no results! I walked as far as the Endoume area of the city, around the marina and along the coast. The only place I could get near the water, there were crowds of people. Firstly I don’t want to disturb them in whatever they are up to, but often they will disturb me and my recording activity. However I did manage to record some passing traffic in a reverberative tunnel. 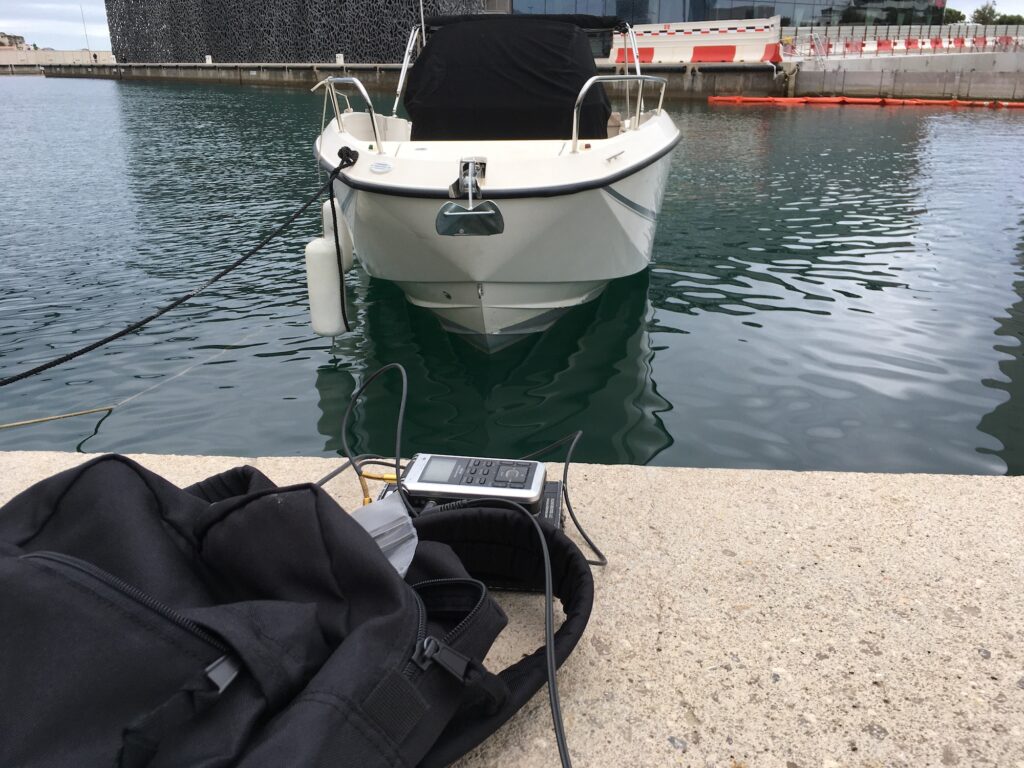 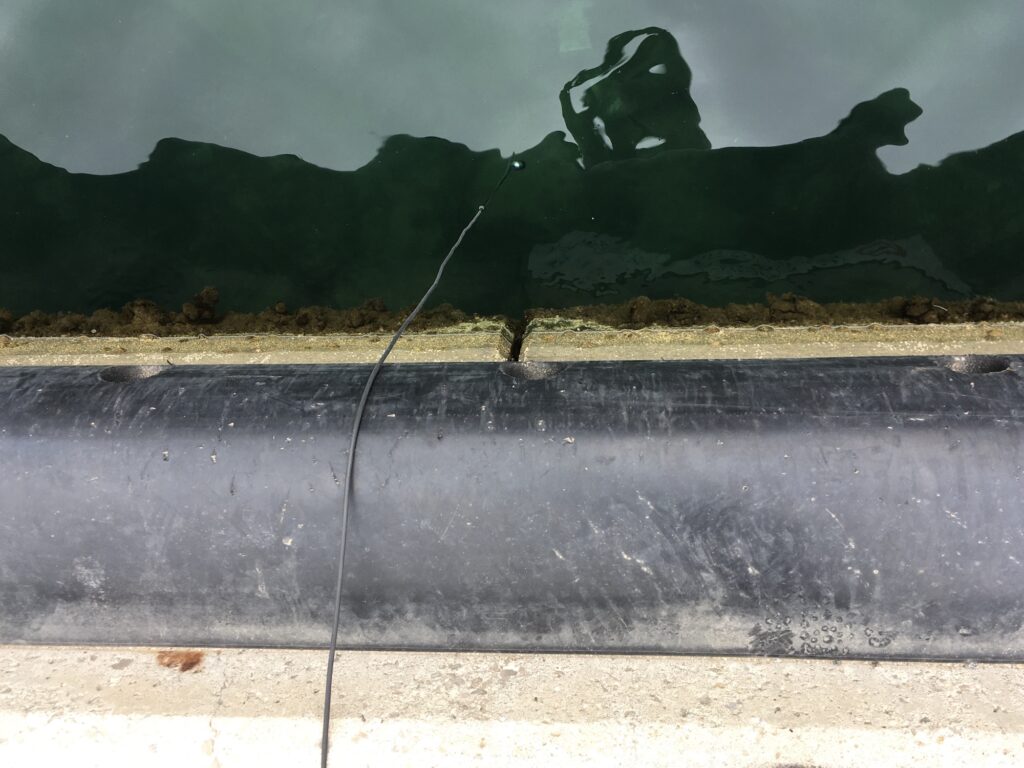 I am meeting with the team of Witte Rook on a regular basis to exchange progress and ideas. The organisation have also kindly arranged for me to meet a number of local artists and organisations online, and I met the first on Wednesday, artist Dyane Donck.

We talked for some time about the project I will work on during the residency, but also our backgrounds and ideas, and various other projects. I recorded the conversation in order to make notes and transcribe a little afterwards – although I may see how the recording of our voices is affected by playing it through motor devices.

The notes of the conversation can be found below in a PDF viewer.

And now during the weekend I have taken a trip out to La Fourragère, the last stop on Metro line 1, and walked from there back into the city with the aim of recording sound but also to find materials to work with, however I found almost none. Tomorrow I’ll go to the Luminy area of Marseille, which is really on the outskirts of the city and close to a National Park that includes the renowned calanques here (french fjords).

I’ll go for a concert but will go there earlier to explore the area for a few hours.

Notes from meeting with Dyane Donck:

Simon Whetham is our Artist in Residency from May until July 2021. He will use his residency to further develop the activation of discarded mechanical devices using sound impulses to be presented as a live performance. The first stage of this project was carried out during the residency at Ferme-Asile, Switzerland.
_
This period of research involves collecting sounds from Marseille and Breda and utilising them in the activation of objects found or donated in both locations. The first six weeks will be carried out remotely with me recording sounds in Marseille and testing their properties in the studio. I am meeting with the team of Witte Rook on a regular basis to discuss the progress of the project, but will also be connecting with artists and organisations in The Netherlands to discuss all aspects of the project and find further opportunities to present the results.
During the final three weeks I will be in residence at Witte Rook, physically meeting everyone I have connected with and presenting the results in Breda and hopefully other places.

Blog
From this year on, we ask our Artists in Residence (AIR) to send us some (photo)documentation of their work to share them with our...
Door: Bruno De MarcoJorieke Rottier
beeldblog:
AIR - Tina Umer

AiR
From this year on, we ask our Artists in Residence (AIR) to send us some (photo)documentation of their work to share them with our...
Door: GastauteurJorieke Rottier
Bekijk alle Artikelen