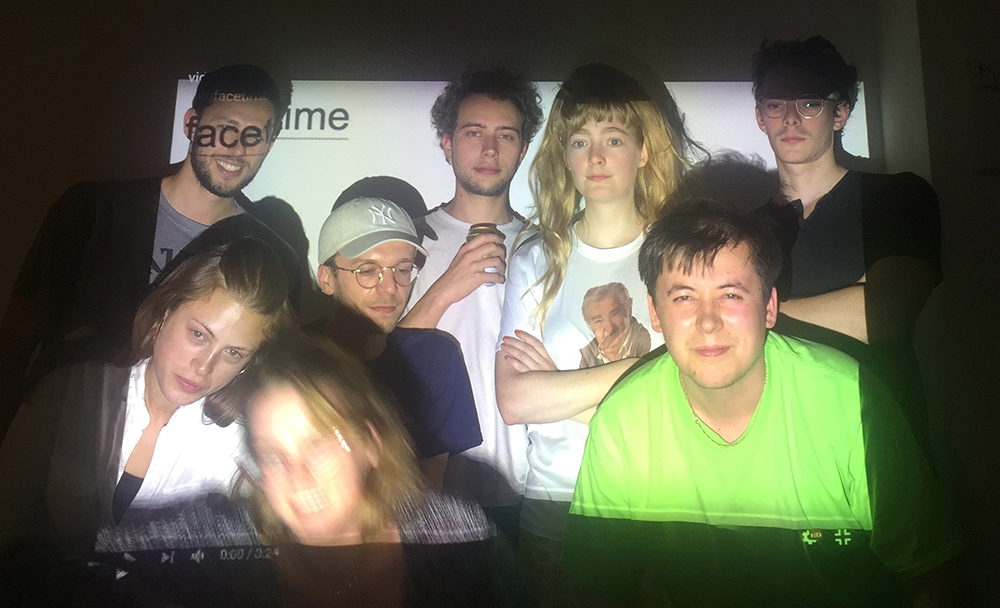 In 2014, I was invited to attend ​Record Club New York​, a group founded in the late 1990s by musician and artist ​Daniel Carlson​. Adopting the format of a book club, meetings are held once a month and involve a small group made up of core members and invited guests. With Record Club however, participants bring ​music – in the form of two songs – to share with the group and discuss.

These discussions not only focus on the music itself, but bring up conversations about core beliefs and values, childhoods, recipes, and trips abroad (among myriad other topics). It also evokes the feeling of being in elementary school and having show-and-tell, where one could bring in an object and – while holding that object in front of the classroom – were able to talk about where you found it, what it meant to you, what it was made of, what you can do with it, etc. Whether that object was a new toy or a book or even (especially) a rock, show-and-tell provided an opportunity to share with a group an enthusiasm.

I moved to The Hague from Amsterdam in 2015. Being new to the city, I had the idea to create a group similar to Record Club in The Hague, and began ​facetime den haag​. Core-members ​Wessel Baarda​, Marnix van Uum​, ​Afra Eisma​ and myself began meeting in September of 2015 in my living room.

The last Sunday of every month, the four of us meet, along with three invited guests. Everyone brings a URL, a link to a site that they want to share with the group. We provide snacks and drinks but guests are invited to bring something as well. We begin at 8pm. Each person shows their link for 5-10 minutes. We have a 20 minute break in the middle and usually end somewhere between 10 and 11pm. There is no budget, no strict program. Run as a collective, we receive no funding. Needless to say, our aim is most definitely not to become an empire.

I feel as if The Hague is a place where these things are possible and feel appreciation from the community for doing so. It is a place to create and we finds ourselves eager to connect to those around us. At a time when so much interaction is conducted via text messages and T1 lines, we feel that meeting face to face is important: to sweat it out together, to experience actual conversation and develop non-virtual (or extra-virtual) friendships and relationships.

In addition to starting facetime, I’ve also been involved in the founding of ​ArtBnB​, a residential artist residency in the Hague. ​Katerina Sidorova​, Wessel Baarda and I created the residency for artists based in The Hague – ranging from graduating students to established artists – to swap homes to create work with a curatorial emphasis on site-specificity. The residency culminated in a festival where all nine residences around The Hague opened their doors for visitors from the public.

All of art history shows the pattern of oppositional thinking, so why is it that the institutional model remains a measure of legitimacy? As a recently graduated artist without gallery representation, I don’t have someone creating opportunities for me. For me and my peers, the only way to seize these opportunities is to create them on our own.

Den Haag, Nederland
Cathleen Owens (b. 1992, Washington, D.C.) is an artist currently living and working in The Hague, NL. Her work, which usually takes the form of performative installations and online interventions, plays with ideas of authenticity in language and corporate culture. Owens also serves as co-founder and CEO of lifestyle company Hello & Welcome Inc.