Zoeken Contact Partners Auteurs
Home / Artikelen / How to Get to You 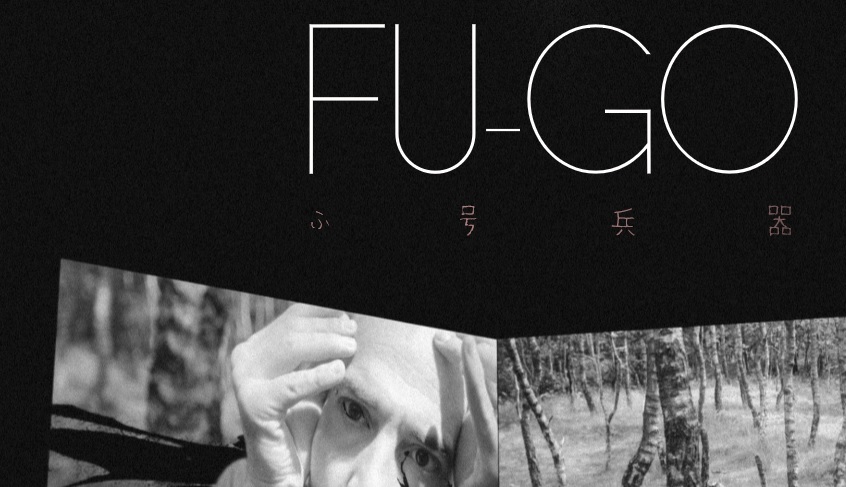 How to Get to You

Soup
Imagine you’re a cook. If you want to make soup, you choose what kind of soup you want, what it should taste like when it’s done. You could follow a recipe (someone else’s or your own) including a list of all the measured ingredients and you will probably end up with a soup with more or less a taste than meets your expectation. It’s something that seems familiar; it’s good, but it’s probably not something you will never forget. Another way of making soup, the type that gives me an appetite, is this: it’s like having had a dream of the taste of an unknown kind of soup; when you wake up, you remember the intensity of the taste, but you can not tell what the exact combination of flavours was; there are gaps, although you do believe that the soup was complete. You know approximately – from experience in the metaphorical kitchen – that there should be this and that kind of vegetables and spices in it, but a big part of the cooking will be experimenting, searching, trying to match the taste that you had in the dream/believe can be realized and want to share with others.

While working on the soup, others will come into the kitchen, cooks as well as guests. They will taste the unfinished soup and have an opinion on it. Some feedback points in the direction of what you’re looking for. When finally the soup is being served, it turns out that the process of searching for the taste, influenced by others and the totally different meals you had during cooking, might have made the soup taste a little different, but even better than what you can remember from your dream. That’s an exciting way of making film.

even better than what you can remember from your dream

Aim
I have a background in live-action film making and was interested in the Master of Animation at AKV St.Joost, because I wanted to expand my audio-visual vocabulary. For my graduation project (before it had a title or even a subject), I wanted to create a work that challenges the audience to experience an audiovisual work differently than they normally do; a work that would let me use languages of different media, unconfined to their respective conventions and expectations. Furthermore, I wanted to make something that deals with the physical reality I see people (myself included) get more and more detached from, living in our heads and in our screens.

To me, experiencing engaging audiovisual work is not just a mental activity, entering the story world of the work with our minds, but a physical one as well. We all know the feeling of being in a darkened place along with other people.

This is the magic of cinema, whose wand I at least partially know how to wield. But I don’t want to just learn crafts and master the known and proven techniques and devices of cinema, animation, music and sound; I want to experiment with the overlap of all of the above, with looking for fertile connections in between. I tend to figure: it’s best to imagine what I would like to experience, see, hear. And most of the time, that is something I don’t know exists yet, so I start making it. Soon, in my head an idea, an image emerged of a spatial setting combining different media, in which the audience should go into an active mode of watching in order to infer meaning.

Soon after, questions rose like: why do I want to make this kind of work? What is my struggle? Is this initial image in my head worth exploring? What does it consist of? What do I want to tell in general? How do I make something from my initial idea that is not only aesthetically pleasing, but also or primarily conveys meaning?

The aim is to create a work that has both meaning and impact. So in order to create something that fits both my authorship (the way I use the language of film) and the ‘story’ I want to tell, I’m diving into a landscape of different approaches, techniques, theory and literature to develop and determine how I will ‘tell the story’. This here before you is a reflection of and on that journey.

The goal of this research is to connect the factors involved in developing this project, in order to understand/gain insight into what forces influence my work (which should be translatable and relevant to others’ work). Using the golden circle, discerning the why, how and what seems to become evermore relevant on different levels.

To position myself (where why and how interrelate), I find myself balancing between narrative and non-narrative, narrative structure and atmosphere, between ‘telling’ and ‘conveying’, logic and poetry, ratio and emotion, making and thinking.

“Creative work is very hard, and some sort of self-deception is necessary simply in order to begin. To start, you have to believe that it’s going to turn out well. And so often it doesn’t. I’ve talked to novelists, conductors, painters about this. Unfailingly, they all admitted that self-deception was important to them. Perhaps a better word is “belief”.”

Despite all kinds of research, through experiments, reading, analyzing and watching, trying to set a course with ideas and ambitions, my creative process seems to be an uncontrollable path. Looking back, I can see so many things that appear predictable, because a lot of it seems so logical from this point; not from the other end though, where at best, I said to myself: “There is such a thing as intuition and it is not random… So, just go do what feels right.”

So often it begins with a hunch, a gut feeling. Not just concerning the vague (or not so vague) mental image I have, but also what books to open and start reading, which people to talk to and whom’s feedback to trust. I just go with that feeling, start drawing, start reading that book. Only later on I find – or at least realize – what I was looking for. Through this research it came to me again that I can’t help but believe that everything we look for can be found anywhere, because what we look for is always something (or something missing) inside ourselves.

Documentary starting point
Some time ago I came across the story of a fatal accident that happened 71 years ago on a beautiful spring day. On Sunday, May 5th, 1945 in Bly, Oregon, U.S., six people, a pregnant woman (26) and five boys (11-14), were killed when going on a picnic. By chance and without knowing what is was, they found a Japanese balloon bomb (code named “Fu-Go”/ ふ号兵器) and accidentally set it off. All six were killed by the explosion and shrapnel, leaving the woman’s husband as the lone survivor. The Japanese military launched over 9000 of these unmanned balloons. These balloons of 10 meter in diameter floated all the way from Japan, across the Pacific Ocean, to continental U.S. and were intended to cause major panic by randomly, silently and without warning, dropping their payloads on whatever part of the country and population the balloon was floating.1

The story of this incident and the surrounding situation – and through it learning about the historical facts of the uncommon strategy with the balloon bombs – made me rethink what is going on in present times. I saw not only a connection with the current state of Western societies being threatened by terrorist attacks, but also with current war zones, where civilians fall prey to constant observations and airstrikes by drones, making them afraid of just the sound of the drone’s propellers. I realized that the situation and feelings of civilians, people in harm’s way, in the time of the Japanese balloon bombs are very similar to the feelings of civilians today. That is something that concerns every one of us and the reason why I wanted to make something that deals with these feelings.

‘My interest in making music has been to create something that does not exist that I would like to listen to. I wanted to hear music that had not yet happened, by putting together things that suggested a new thing which did not yet exist.”

Why
My ambition is to add to the vast and ever expanding landscape of audiovisual art. I believe that narrative (strategy) holds a key to making people rethink/reflect on what they know (about themselves, about others and/or the world we live in), but it is not the essence of time based audiovisual arts. Although narrative structures are well ‘tested’ and the most often used way of storytelling in time-based media, mostly because of its history of centuries of proof in literature and drama, I tend to think that different approaches to using narrative in time-based arts are needed in order to find a way to spark people’s tendency to impose order onto chaos (stories), but keep the essence and nature of the cinematic medium. One artist who spent his career exploring this is Andrei Tarkovsky. He proposes an approach to cinema (and art in general) that is not so much about understanding the work, but about experiencing it and letting the work resonate differently within each audience member instead of imposing symbolic meaning. Even with Tarkovsky, analysis may well lay bare a narrative structure as an inevitable backbone of the ‘story’ of his work, as it seems to be impossible (or inhuman) to not be able to discern any narrative strategy or elements in any work of art. Stories use the exact same mechanism we all use in making sense of the chaotic world around us2. And in both art and life, the greater the disorder, the harder we have to work to make sense of it. I want to experiment with how much of a narrative structure I need to achieve a sense of progression/development in what I show the audience. In other words: how hard should I make the audience work, while retaining an impactful experience?

Despite the many invaluable innovative works of numerous artists, I think there is still a lot more to experiment with and explore within the domain of audiovisual arts regarding conveying meaning; experiments with narrative in a different role and explorations of new ways of conveying meaning that may open up new experiences for an audience. My graduation project is such an experiment, an exploration.

The end result is called “Fu-Go”, a spatial cinematic experience in the form of an installation, in which I combine live-action, dance and animation. The work has been presented at Electron, Breda from August 26th-28th 2016. 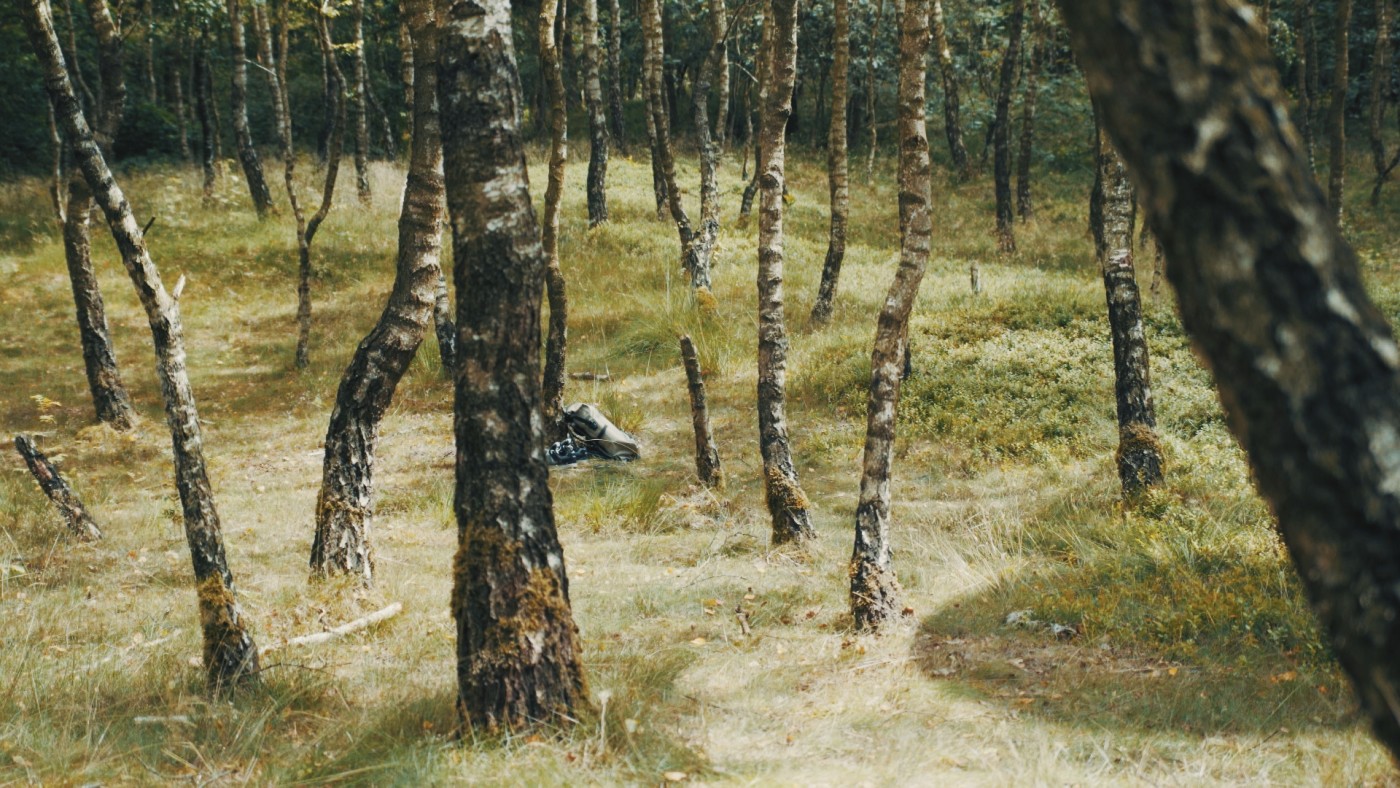 The texts above are excerpts from my thesis “How to Get to You”, which deals with the struggle and poetry of the creative process and can be obtained by contacting me at josmeijers@josmeijers.com.

Stichting Electron, Speelhuislaan, Breda, Nederland
Jos Meijers (the Hague, 1982) is both independent filmmaker
and film teacher at several Dutch academies. He graduated
with honour in 2007 at the AKV St.Joost in Breda.

His films repeatedly coerce the viewer into an attentive mode
of viewing by use of very specifically chosen images and sound.
His films do not easily let go of the viewer, not least
because the intrinsic line is thought-provoking.

Having worked with various acclaimed people and not being shy of
collaborations with artists from very different disciplines and backgrounds
Jos strives to work with the right people for each project.

Praktijk
It is ironical, how sometimes we take things for granted and, when they happen to be completely different from our understanding, ...
Door: Gastauteur
Bekijk alle Artikelen