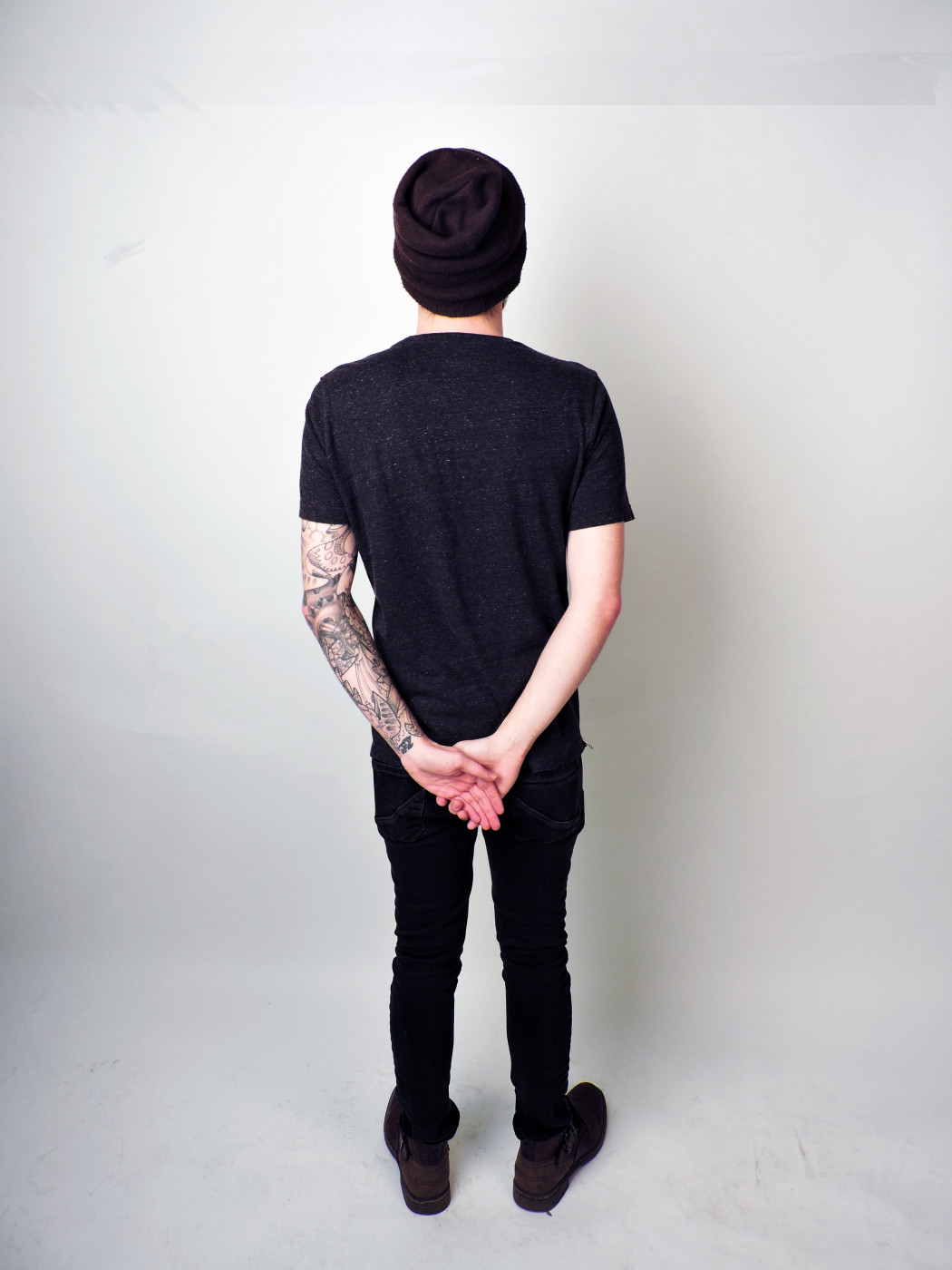 One Poem for The Lost Soul by Jeremiah Douglas Stroud

“A Midwest American. I am from a working middle-class family and an impoverished area of Southern Illinois. My education has influenced my artwork heavily, through being transplanted out of comfort zones and never putting roots down in a particular area. Going from a small town, like Broughton, IL., to a large city like Columbus, OH., was a big change in perception of America. Then, moving from America to The Netherlands for my Master’s, allowed me to sit outside of what I am and question everything about the structure of my psychology formed by the American culture. I am at a position now to create work that plays on American symbolism and ideologies.”

“Everyday, I try to catch as much of the news as possible. I don’t just rely on mainstream media, but also news sources with credible writers. This feeds my imagery, my motives, and my sense of duty to question what I am being told. After, I tend to listen to news podcasts while I pull the skin off of the oil paint left in cups so I can continue working on projects I had to step away from the day before. Projects come into being very intuitively, while some are planned out. This allows a flexibility for me to work on something, while letting my mind wander until another new idea pops into my mind. I don’t like the word “style”, it is kitsch. My work has been a struggle, constantly trying to build and find its own vocabulary. I went through every genre in the Art History books, but within the past year I realized that I needed to just make work and it will speak for itself. Now, I do notice similarities with artists like Daniel Richter and Kerry James Marshall, but that is just in application, not theory. So, I do use the language of European Figure painting and Abstraction; meaning, there is a balance of gestural strokes and slow glazing processes. Sometimes, I will project photographs and maintain the sharpness, to contrast the gestural brushstrokes from memory and imagination.”

Photos from childhood and political phenomena

“Most of my imagery starts off with photos from my childhood, items I remember laying around my grandparent’s house, and political phenomena. Over time, I have come to realize I consider the material, a dream, and the figures that become portrayed, are myths. As I make work, I try to mythicalize family or those close, and by proxy myself. This is done when you look back at the history of figure painting; David’s Napolean, is a great example of immortalizing and mythicalizing a human. However, I believe normal Midwesterners deserve the same privilege. Also, honesty has evolved in my work by showing both sides of the middle-class; hard workers, loyal to their country, but also, fanatic individuals that form parties becoming a psychological danger to American principles that often goes ignored.”

“The environment is an everyday occurence for most Americans. It is the political landscape. It is an ever growing and constantly changing relationship between average Americans and the government that is supposed to be helping them. Most Americans don’t realize that their government often works against their own interests, at the expense of arguing with opposing political parties. In my work, I try to show as much unbiased information as possible. You get a story about a father and his son’s, with the photographs taken from the vantage point of the mother. Those are then painted into a contemporary political landscape. By doing this, it allows the viewer to question their definition of Patriotic or Nationalistic; more importantly, it allows me time to process my own understanding of these questions.”

One Poem for The Lost Soul

“During Cultuurnacht, I will be presenting works that embody the story that I am trying to tell. It is difficult and also helpful, to be able to observe America from a distance and try to understand what it is that makes up my country, and essentially, me. There will also be a performative “One Poem for The Lost Soul” in dedication to America and its’ fallen brave.”

“My expectations for Cultuurnacht is to create an international dialogue about the subject of my work and use it as a research tool to add additional viewpoints to my work, while allowing non-Americans to be able to reflect on their own Patriotism/Nationalism.”

In this article Jeremiah Stroud shares her motives for being an artist and the work she will be presenting at Electron Breda. Text by Jeremiah Stroud, arranged by Marjan Kieboom.

Interview
"My sister and brother studied art, so I am influenced by them. They always shared something about art with me, bringing me to art...
Door: Gastauteur
interview :
Maurice Nuiten and his everyday (un)reality

Interview
Let’s postulate, that being born, is an inconvenience. "On Wednesday, March 16th, 2016 at 11:26, I was 826.28206 seconds old. ...
Door: Gastauteur
Interview :
Cindy Bakker on unseen objects, temporary solutions and Cultuurnacht

Interview
"A large green bag for packing your garden furniture, a plastic banana for your banana, for every bolt and screw is a solution. Ev...
Door: Gastauteur
interview:
Ielse Slager and her search for innerness

Interview
"After a couple of years of exhibiting and writing I found that my work has more layers to it that I would like to explore. Furthe...
Door: Gastauteur
interview :
Ami Tsang on raising awareness for the relationship between the South East Asian countries

Interview
"My name is Ami Tsang, I come from Hong Kong, an Asian city which underwent Britain's handover of Hong Kong to China in 1997. Twen...
Door: Gastauteur
interview :
Helga Jakobson on weaving her own visual tapestry

Interview
"My practice is a responsive and reflective attempt to quantify experience. Often taking form through the utilization of organic a...
Door: Gastauteur
Bekijk alle Artikelen