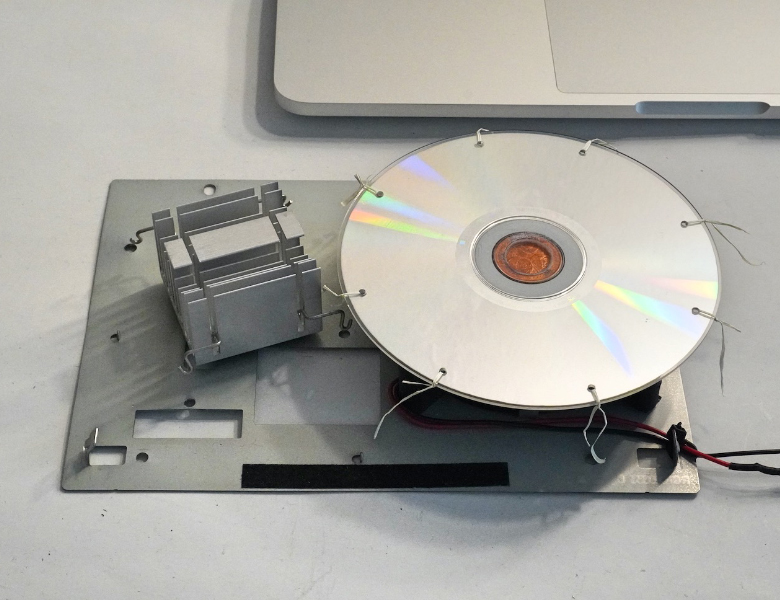 For various reasons, this week is not so packed with activities…

But I have my first COVID-19 vaccine injection!

Last week I showed the development of three new devices to add to the performance setup. For some reason I developed three more this week, which means that the whole project has changed. Not a bad thing, as I wanted it to evolve organically and without too much planning, more of a surprise.

So the fourth to be developed uses a small fan I kept from the donations in Sion, Switzerland, that I felt had some potential, and is small and light. Initial tests with a metal ‘meccano’ bracket were good but tended to result in very regular rhythmic sounds…

The fifth takes another computer fan, this time with a found CD attached. I drilled holes in the edge of the disc (so it could actually still be listened to!) and added lengths of dental floss. Using this device I get some nice tonal sounds from another small heat sink I salvaged from a computer tower found in Marseille.

And finally I took one of the objects from the original setup – the small cardboard box – and fixed a motor with a worm drive to the base inside. I then fixed a wire ‘stylus’ to the inside of the top, adjusting it so it hopefully sits in the groove of the worm drive when closed. As I can’t see inside when the box is closed, this has to be done by trial and error. 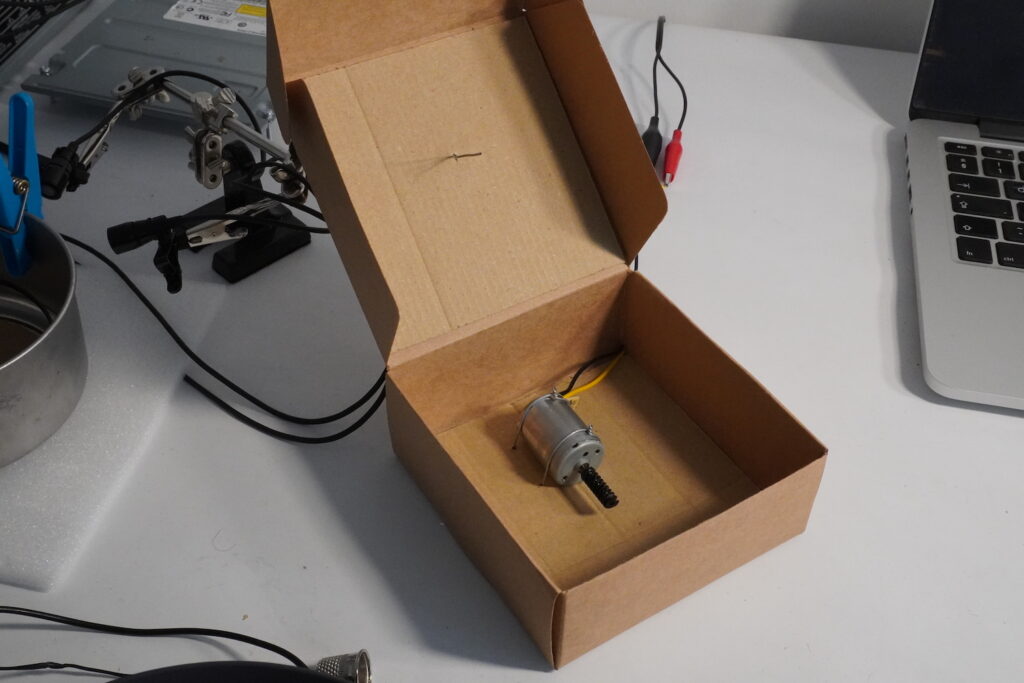 And then I returned to the fourth device – the small round fan – and tried various other objects. The one that was most satisfactory in sound and unpredictability was a small round stone. 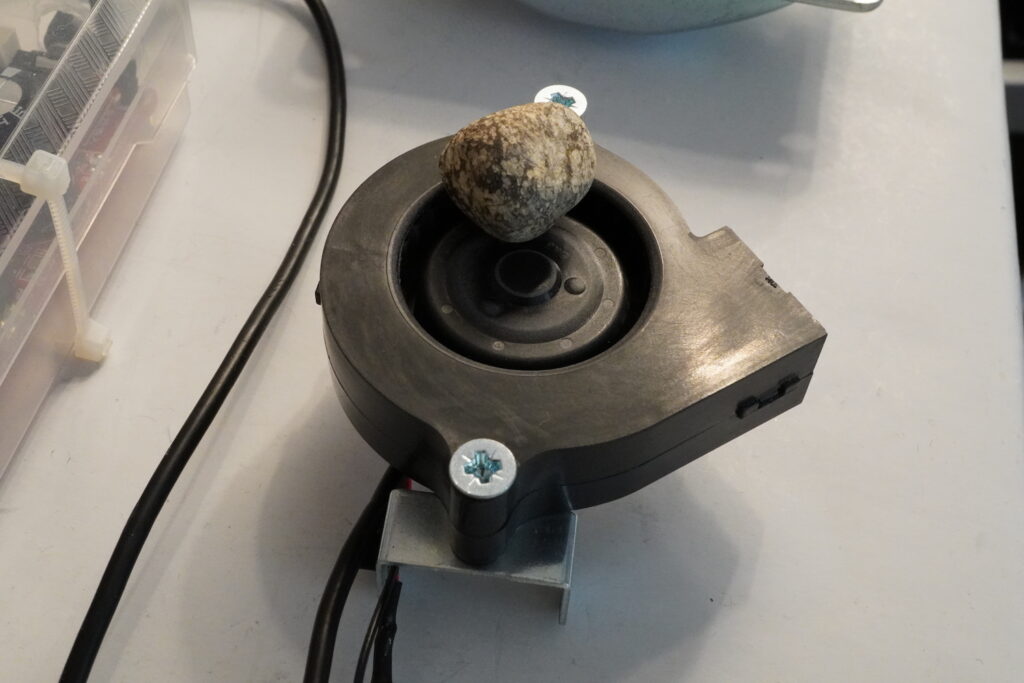 Small fan with round stone

I’ll save video documentation for week seven, as I develop the live performance.

I discovered a recording of the first test with the small round fan. As you will hear, the sound becomes very regular at points, which is fine but not for this project.

On Wednesday I met with Julian Edwardes, a Breda native and musician using mostly modular synthesisers.

Below is a transcription of the conversation, but one development since our chat is that Julian will kindly lend me some speakers and a mixer during my time in Breda which will help the development of the live presentation immensely!