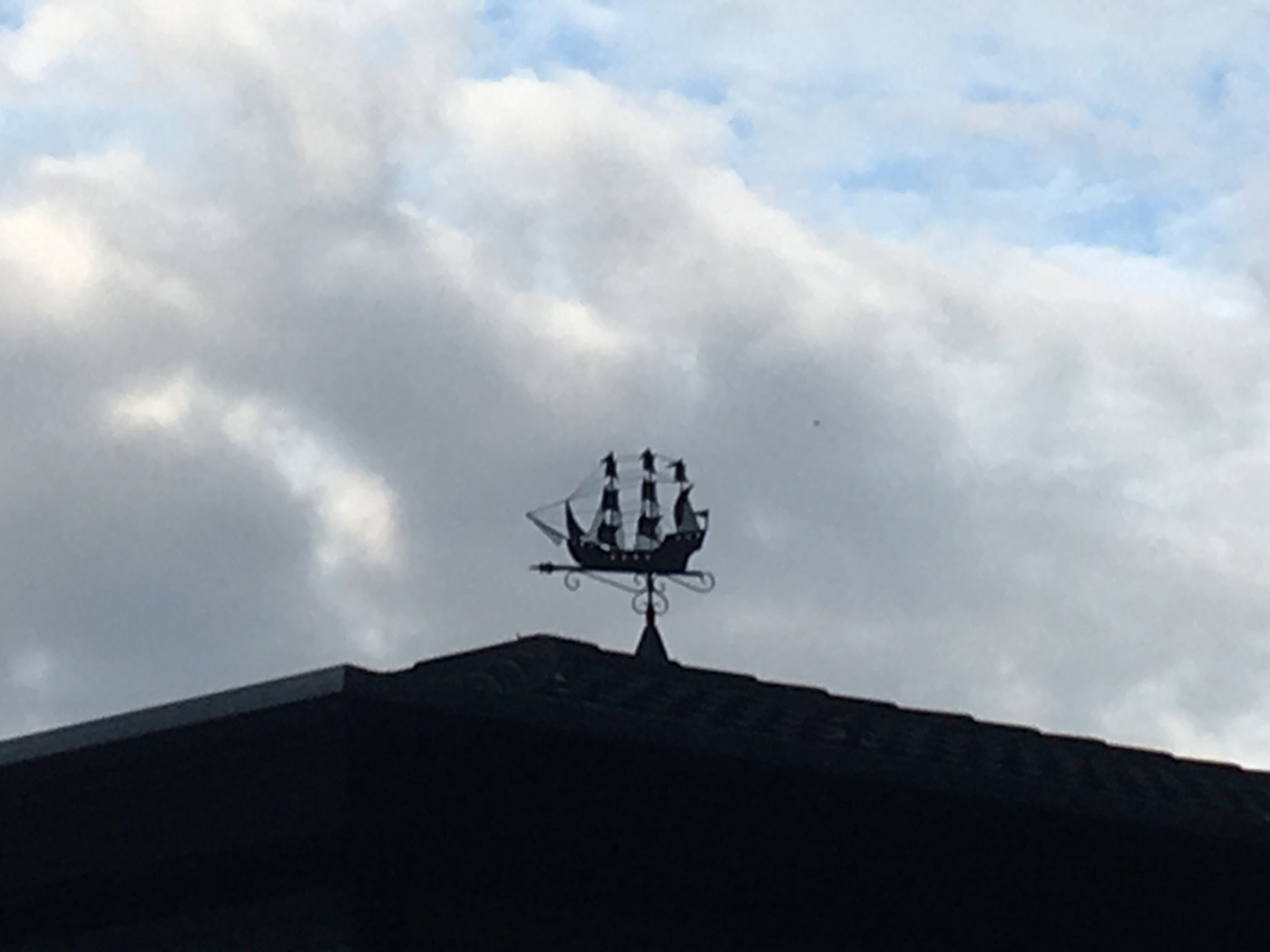 The following text is written by the members of sssttteeeaaammm in multilogue with each other. It is a body of text in becoming. We wish to develop it further with you, the reader, joining into the multilogue. To do so, please first read and find the instructions at the current end. We are looking forward to experiencing and publishing the developments.

Being in utterance means always being in action, caught in between the pre-uttered foggy immersion and the solidifying drive of a directional force. Constant (re-)iteration, discharge and reload. Time is the ultimate factor in this process, in which history is to be replaced by (re-)iterated versions of itself. Turning left, is the equivalent of reading the past, being summoned again and reassembled in front of the inquisitive eyes. An intended trajectory speaks to the directionality of a spirit, that, by turning right, cuts open a wound for a desirable future. To be poised means continuous recalibration, finding centers of gravity in a dynamic that is too swift for conscious mapping and analysis.

We need to give up sight, vision, directional drive and be one with the swirl. We are aiming to exit the historical stage of + or -, to curve instead of going straight, to dissolve or adhere instead of bouncing back. Face to face with the desiring machine that is enclosed by fear, strengthened by rhetoric, solidified by structure. Here we depart, a resonating body that is lightheaded, moving in directions that are uncensored by thought, unpredictable from their historical configurations. From here on, no more answers! Only answering, a perpetual dialogue caught in between utterances.

We are arriving at the threshold of change,
turning from a counter-movement to an encounter-movement.
In this shift,
we move together with differences and disagreements1.
Like a multi-headed creature,
we are generating space for intra-action2 –
instead of interaction (reacting to each other).
From here, a New New3 Time arises,
the time that breaks from linear progression,
the giant that puts its signature on all that remains in us.
In the New New Time that differs from post-
or simply new time,
progression takes the shape of longitudinal leap,
sudden acceleration, energy burst
and swirling out of equilibrium.
The New New Land/Territory that comes from this time shift,
can only rely on localized crystalline relation,
where reciprocity is the base and desire,
and cultivated instinct.
As a temporary position in occupying this land,
we the artist-in-dissolving,
wish to propose relational art as a contingent art.
An art that establishes conditions for things to happen
and brings forward the process of creation,
liquefying the traditional focus on the art work
as a mythical object.
The New New Art is the “by-product” of an artist’s life
with situations forever evolving
always in resonance4 with the world.

This liquid world is where we hope to cultivate a sense of mutual support for one another. Arising from a collective scribble, the [蒸汽船] Steamboat became a metaphor for a carrier and a body that moves with, and is aware of, the push-and-pull of the ocean that encircles it. Our collective sssttteeeaaammm work makes claim to universality based on the multitude of our singularities and the contingency of our formation. Such singularities are like water droplets that rip through the pre-individuated milieu. At each break, through a point of singularity, ripples of gravitational pulling and palpating reach across the entire universe.5

To see a world in a grain of sand,
And a heaven in a wild flower,
Hold infinity in the palm of your hand,
And eternity in an hour.6

We start with a methodology that establishes and maintains a routine of our exchange, making visible the processes that lead our inquiry. Performing our desire for support and the quest to cultivate supportive relations, we are pulled by various forces:

> a quest for being responsible in the world;
>> a desire to venture into a New New Horizon;
>>> a necessity for stable ground for living, flourishing and dying.

Hence, we are in resonance with one another, transforming ourselves and our surroundings. Our shared urgency resides in a collective rebellious spirit against the exploitative organizational principles. Our desire to flourish necessarily asks for space to roam. Thus creating heterogeneity that would not comply with the mega-managerial socio-political structures of the Now. This group that isn’t bound together by a coherent goal can only exist because there is an unspoken obligation of Staying with the Trouble7 between us. As Donna Haraway says: “we require each other in unexpected collaborations and combinations, in hot compost piles. We become-with each other or not at all.”8 As if we were family, being bound to each other without prior notice, we are asking for unfettered attention and openness to differences – the foundation of any relational being.

Our world appears to be  on the brink of ecological, economical, and therefore psychic catastrophes10 – requiring us to find New New Ways of living and dying together. We need to build kinships that foster an environment where every living (almost-living, non-living, almost-dying, non-dying) entity-ies can partake in a “conversation”. It poses the challenge to experience differences as commonalities and incommensurabilities, moving away from a world built upon dichotomies toward an understanding that we are many.

Care arises from giving attention to the relational aspect of things, an attention given to  processes that brings things into existence. This moves away from the conventional syntax: care for you or me. It is not just about me, or you, it is about me ↔ you. The only me that can exist is the one in relation to you. It is about the processes that individuate us and our conditions for existence – our shared milieu. We are  moving through a world filled with thin threads and films, which careless joggers will cut open, ripping off slowly established connections. If that carelessness is practiced en masse, it can lead to a massive accumulative gap in our environment and psyche. Following Kenneth J. Gergen’s proposal in his book Relational Being: Beyond Self and Community, everything emerges from relatedness or relational processes: to care is to make relations explicit and maintain them attentively.

In our sssttteeeaaammm research group we are three bodies hovering around each other, marking the intra-active space around us, forever drifting towards a goal that we preliminarily set, but that quickly dissolves into a multitude of interpretations. Our failure in attaining a goal, attested to the idea that we can and should work as one autonomous (autopoietic) system. We cannot be one coherent entity with clear boundaries and predictable trajectories. Or at least we are as much of a unity, as we are not. Under our appearances as individuals lies a symbiotic system, composed of millions of equally individual cells, whose goal arises from (its) multiplicity and entanglement11. A swirling depth that we might never be equipped to analyse.

How do we practice care in the face of uncertainty?

“[…] human beings establish first of all an affective relationship with the world (objects and persons), and through imagination they treat concrete and real things as they were abstract and treat non-existing objects and abstract concepts as they were concrete things.”12

We are cultivating a base trust in multilogue that allows (temporary) destinations to assemble themselves on the New New Horizon. The act of envisioning and making New New Horizons together is what makes art a dangerous practice, disrupting and challenging others to think and to imagine along. Thus ruptures  everyday familiarity and poses a threat to our solidified habitual perception and conduct. The fundamental necessity for collectiveness is taking shape, in our case, as the desire to  break from concrete coherence. As we patiently, and at times painfully, observe our intimate struggle with the desire that was inscribed in us—a desire to hold onto a solid ground—is being shattered and transformed by the forces of utterances of the other. We proclaim allegiance to this struggle prior to consciously knowing its destiny. This requirement of trust in the process announces and occupies a terrain that cannot be translated into formulas and words fully. This trust requires a continuous utterance and questioning, to an end that one cannot convince another with logic.

We take on the learning process of a helm, letting the memories of water fully transmit into our bodies: its push and pull, splashing, lifting, banshing and gentle palpation.

In the traditional cognitive science discourse, cognition is seen as the logical manipulation of symbols by mathematical rules in an abstract reasoning space13, while  Werner Herzog, on the other hand, argues that we can only understand things in the world and each other in an “indirect”—mediated way, as through the experiences of art, poetry and cinema14. Inherited in these forms of mediations we sense an ambiguity that challenges the norms and structuring principles of our societies, which are based on safeguarding clear boundaries between domains (racial, gender, discipline…) and life-forms. At this point, we can deduce that the specifically conditioned practice of making-together—fostering differences and flourishment—is not sufficient if it stays in the realm of a single group. The practice of creating conditions for meanings to arise, needs to be shared in the process of making, and thus finding fuels for its venturing forward.

We begin with a form of collective writing, just like the human world begins in collective storytelling. Allowing for boundaries to shift and to dissolve as you/me/we exchange our understandings in the multilogue. This process of writing together is the New New Beginning of a World in Becoming. A world based on supportive relations can only be genuinely outlined through the working of many different voices. How can we maintain the differences when voicing our specific thoughts, doubts and interpretations? How can we find joy in being many, and move away from the urge to form closed boundaries? How can we mutually roam in the face of uncertainty, and care for one another without claiming a single coherent trajectory? We can only start answering these questions by collectively contributing to the formation of this world attentively.

We  invite you to join this process by adding to the text you just read.

Think about some questions, truly think about them before writing:

Atlantic Ocean
[蒸汽船] Steamboat is a longterm exploratory project of three artists: Nele Brökelmann, Katarina Petrović and June Yu. We came together under a loosely defined interest and wonderment about origin. As Bernard Stiegler said: “The question of the origin is what constitutes the whole of human individuation, that is, the whole of desire: the whole of human being insofar as it is essentially desiring.” (Acting Out, Bernard Stiegler, Stanford 2009, p. 7). The search for origin viewed from each of our different perspectives is linked by the essential human quest for becoming.

Praktijk
Situating In the summer of 2019 Nele Brökelmann, Katarina Petrović and June Yu came together to talk about their shared inter...
Door: sssttteeeaaammm
Bekijk alle Artikelen