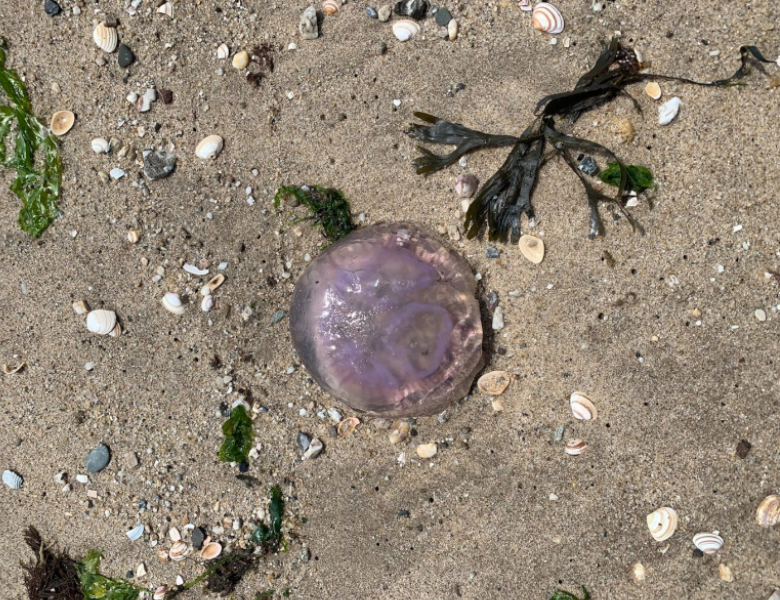 <spatial and temporal entanglement of many-voicings/voices>

The following text is being written by the members of sssttteeeaaammm in multilogue with each other. After an initial period of chain correspondence between Nele, June and Kata, it is now being edited by members of the world wide web. This is a body in becoming and dissolving, extending tentacles and they tickle. We want you, the reader, to join into the multilogue. To do so, start typing, reflecting, and responding. We look forward to experiencing and publishing the developments together with you.

As we patiently, and at times painfully, observe our intimate struggle with our desire to hold onto a solid ground—we are being transformed by the forces of utterances of the other. A fundamental desire to break from concrete coherence is taking shape. We proclaim allegiance to this struggle prior to consciously knowing its destiny. This requires trust in the process: a terrain that cannot be translated into formulas and words fully. To trust is to continuously utter and question, without a desire to convince, conquer nor coerce.

We take on the learning process of a helm, letting the memories of water fully incorporate into our bodies: its push and pull, splashing, lifting, bashing and gentle palpation.

Constant division, wrapping, (re-)iteration, discharge and reload. Time is the ultimate actor in this process, in which history unfolds as (re-)iterated versions of itself. Returning, spiralling, crushing. Turning left traditionally means reading the past, being summoned again and reassembled in front of the inquisitive eyes. An intended trajectory speaks to the directional force of the spirit, that, by turning right, rips open a wound for a desirable future.

“… one and zero looked just right, made for each other: 1, the definite, upright line; and 0, the diagram of nothing at all: penis and vagina, thing and hole… hand in glove. A perfect match.

It takes two to make a binary, but all these pairs are two of a kind, and the kind is always kind of one. 1 and 0 make another 1. Male and female add up to man. There is no female equivalent. No universal woman at his side. The male is one, one is everything, and the female has “nothing you can see.” Woman “functions as a hole,” a gap, a space, “a nothing—that is a nothing the same, identical, identifiable… a fault, a flaw, a lack, an absence, outside the system of representations and auto-representations.” Lacan lays down the law and leaves no doubt.”2

We would give up sight, vision, directional drive and be one with the swirl. We are aiming to exit the historical stage of + or -. We will curve instead of going straight and we will dissolve instead of bouncing back. We will take on different shapes and morph perpetually. Face to face with the desiring machine that is enclosed by fear, strengthened by rhetoric, solidified by structure.

Here we depart, a resonating body that is lightheaded, moving in directions that are unguided and uncensored by thoughts, and unpredictable in their configurations. From here on, no more answers! Only answering, a perpetual dialogue caught in between utterances.

We dance and stumble together

sensing multiplicities at once.

We are generating space

pulling us away from directional interpretations.

the giant that stamps on all our bodily remnants,

in this time, takes the shape of longitudinal leap,

and swirling out of equilibrium.

It materializes in localized crystalline relations,

where reciprocity is the base and the desire

propose an art in relation to contingency.

To penetrate its membrane

in the sea of saturated chance-as-matter.

always (re-)tuning into the resonance5 of the world.

Desire wants to become meso, the area of acts, resonating all over bodies and non-bodies.

This liquid world cultivates mutual support for one another. We need to face each other in ways we do not even face ourselves. The answering required might not be the answering we wish to give, wrestling with our own ways of being and manoeuvring through the uncomfortable processes of continuously losing our grounds. Finding me-you entanglement through a sense of getting lost. Detach the sticker of me, I-knowing-subject, individual-actuator, and see the invisible lines at the tip of each of our fingers.

Energy/desire level: MEDIUM – are you still there?

Is it possible to inhabit without creating walls, a place to call our own?

The me-knowing-my-reaction-pattern yet never-able-to-jump-out-of-it perhaps always requires pain from the other-that-sees. To inhabit poses the question of how to deal with the Now, to carve out a space with membranes means utilizing forces/desires that resist, fight back or even destroy. Care arises from giving attention to the relational aspect of things, an attention given to processes that bring things into existence. I can only exist in relation to you. We are moving through a world filled with thin threads and films, which careless joggers will cut open, ripping off slowly established connections. Everything emerges from relatedness or relational processes6: to care is to make relations explicit and maintain them attentively. Under our appearances as individuals lies a symbiotic system, composed of millions of equally individual cells, whose goal arises from (its) multiplicity and entanglement7. A swirling depth that we might never be equipped to analyse or escape from.

Allow your boundaries to shift and to dissolve as you/me/we exchange our understandings in the multilogue. A world based on supportive relations outlined through the working of many different voices. Some shout, some whisper. How can we maintain the differences when voicing our specific thoughts, doubts and interpretations? How can we find joy in being many, and move away from the urge to form closed boundaries? How can we mutually roam in the face of uncertainty, and care for one another without claiming a single coherent trajectory? Let’s start answering attentively by collectively contributing to the formation of this world.

Atlantic Ocean
[蒸汽船] Steamboat is a longterm exploratory project of three artists: Nele Brökelmann, Katarina Petrović and June Yu. We came together under a loosely defined interest and wonderment about origin. As Bernard Stiegler said: “The question of the origin is what constitutes the whole of human individuation, that is, the whole of desire: the whole of human being insofar as it is essentially desiring.” (Acting Out, Bernard Stiegler, Stanford 2009, p. 7). The search for origin viewed from each of our different perspectives is linked by the essential human quest for becoming.

-
With contributions by Jorieke Rottier
-

“[...] every machine is a machine of a machine. The machine produces an interruption of the flow only insofar as it is connected to another machine that supposedly produces this flow.”, “The desiring-machine is not a metaphor; it is what interrupts and is interrupted [...] To withdraw a part from the whole, to detach, to “have something left over,” is to produce, and to carry out real operations of desire in the material world.”

3. Based on Cissie Fu’s talk at Sunday Morning with … at Shimmer

4. Karen Barad defined the term intra-action to dissolve the presupposition of independent individual agents that can exist outside of any relations and can act upon each other. “ the notion of ‘intra-action’ queers the familiar sense of causality (where one or more causal agents precede and produce an effect), and more generally unsettles the metaphysics of individualism (the belief that there are individually constituted agents or entities, as well as times and places.  From Intra-actions (Interview of Karen Barad by Adam Kleinmann).

5. Resonance “refers to a relation between subject and world (Weltbeziehung) characterized by reciprocity and mutual transformation: the subject’s experience of some Other calling upon it, which requires understanding or answering but also has the ability to change the subject.”, from an interview with Hartmut Rosa in The Future of the New - Artistic Innovation in Times of Social Acceleration, p. 25, Valiz

6. Kenneth J. Gergen’s proposal in his book Relational Being: Beyond Self and Community

7. Donna Haraway, Staying with the Trouble, 2016; p.33 >>
“In M. Beth Dempster’s Master of Environmental Studies thesis written in 1998, “she suggested the term sympoiesis for “collectively-producing systems that do not have self-defined spatial or temporal boundaries. Information and control are distributed among components. The systems are evolutionary and have the potential for surprising change.” By contrast, autopoietic systems are “self-producing” autonomous units “with self defined spatial or temporal boundaries that tend to be centrally controlled, homeostatic, and predictable.” (...) If it is true that neither biology nor philosophy any longer supports the notion of independent organisms in environments, that is, interacting units plus context/rules, then sympoiesis is the name of the game in spades.””

Praktijk
Situating In the summer of 2019 Nele Brökelmann, Katarina Petrović and June Yu came together to talk about their shared inter...
Door: sssttteeeaaammm
AIR:
Platform | noun, often attributive – an investigation by Nele Brökelmann