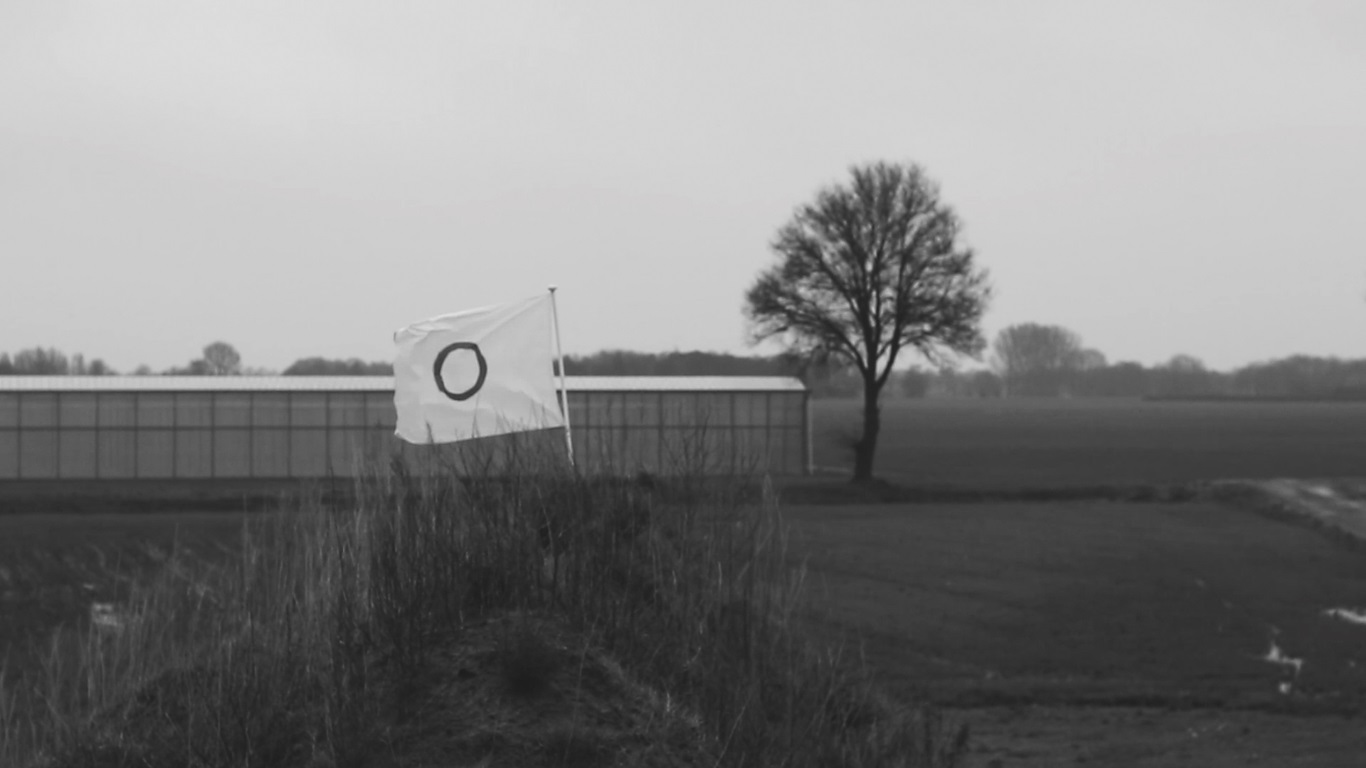 Inhabiting a Name – An Interview with Bruno De Marco

Bruno De Marco calls himself a Berlin based artist, although does so with an asterisk at the end. Berlin might be the city where he spends most of his time, but his artistic practice is travel-based. He was born in Brazil and moved to Portugal in his early teens, in Portugal he moved around going to different universities and after that he started traveling more or less full-time, never staying in any one place for more than a couple of months. After a residency at Destination Unknown in Weert, the wind has blown Bruno to Witte Rook.

Although we might not be seeing an actual performance at your exhibition, you call yourself a performer artist. What is it about performance that attracts you?
“Part of it is that I have a very mixed background. I’m half Italian, half what they call colored in Brazil, which basically means a mix of African, indigenous American and European. Also I move to Portugal when I was quite young and so for me culture has always been something I’ve had to appropriate, something that I’ve had to perform. The best example I can give comes from the way I speak Portuguese. Even though I was born in Brazil I don’t have a Brazilian accent, because of my Italian background. When moving to Portugal I had to start speaking Portuguese Portuguese, which I was never quite able to – so in the end I got stuck with this way of speaking Portuguese which is pretty much my own. So because I don’t have a mother language or culture, I go through these constant transformations depending on where I am and what I’m doing that have an influence on how I talk and how I move within the world.” 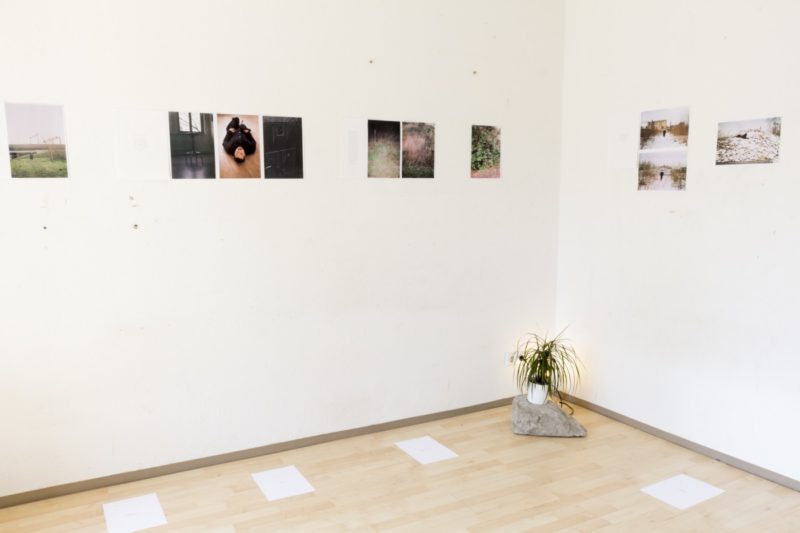 Impermanence is a big part of your work and your life. The idea that everything is always in flux. At the same time you’re also capturing these performances with, for example, photography, making them permanent in a way. How does that fit in?
“I always thought that the idea that a performance as something completely ephemeral is weird. So from the beginning I started questioning that and documenting them. After some time I noticed that it wasn’t really going where I wanted to be; I was not addressing the issue that I really wanted to address, which was that the experience that I have doing a performance is completely different from the experience that you have when watching a performance. And that’s why I question the whole idea that performances are ephemeral. What I think is actually ephemeral is the experience of watching a performance. Whether you see a photograph, or I sit in front of me doing a performance, it’s actually pretty similar: it is always me transforming my experiences into something else. Neither a performance or an image contain my feelings or how I felt making them, but they are both simply transformations of something I’m doing. The performance is the process of creation and then the photograph is its continuation – but not an end result! With my work there’s never an end result, there’s only parts of the cycle – of the process. The performance is part of the work but also the work itself. The photograph also is part of the work but and the work itself. Whatever happens to the images is then also part of the work and the work itself, and so on and so forth.”

So maybe you view your works not so much as end points, but as ripples caused by you being in a certain place at a certain time.
“Yeah, for sure, that’s a good way to describe it. And in the same way the image is a ripple, it will also create its own ripple effect. A performance I’ll be doing here named What if what it is must be carried and placed is based on some work I did in a previous residency where I made sculptures and then I made drawings based on the sculptures, which then became a performance. Afterwards I felt it had to be continued, so I transformed one of the drawings into a flag which I then used in a performance where I carried it to the border of Belgium and the Netherlands. I photographed this process and that then led to pieces of text I wrote. So yeah, it created a ripple effect. I also want to note that it wasn’t me who was doing the performance, because despite the fact that I was doing this symbolic, ritualistic thing of putting the flag into a place; I’m not the one who stayed there and occupied that space: the drawing did. So it’s the drawing who was doing the performing and I was just helping it get there.

I very much enjoy the idea that things are continuous. The idea of a finished work bothers me, because I don’t think that’s how an artistic process works. You know, this idea of: you make a lot of things and then you go and select which of those things get to be on the wall. I think that if I’m honest to myself I have to approach every single step of my life and my practice as a work. I don’t have a big care for the final image. I usually leave them, or give them away. What art does for me is that it makes it possible to be in a space. For me it’s the only way I know how to be in a space. I arrive and I create images, and then I leave again, leaving the images behind, which for me is the destination that it has to have.”

Tell me about the other performance you did here. In it you walk around Breda and continually whistle a tune as a sort of magic incantation to appease the winds.
“Yes, it’s named Calling the Wind. This whistling is something that I’ve appropriated. It comes from O Vento a song by a Brazilian musician called Dorival Caymi and in it he takes up the role of a fisherman who is using this whistle to call for favorable winds and it has this double meaning where on one side the wind is what allows him to sail and find the fish for his community, but on the other side the wind could also bring his demise. For me there is a similarity with the artistic process, because just like the wind it is this invisible thing that you are trying to call for or catch.  I’m not talking about inspiration here, I’m talking about the slow and continuous process of trying to do something or trying to find something.

On your desk I see these little poems, like haikus. Are those the texts you mentioned just now?
“No, those are actually something I’d like to comment on real quick. I’m not sure yet if they’re going to be a part of the exhibition. They’re like a third piece of work that I made here. They’re appropriated from Matsuo Bashō who was a 17th century Japanese traveler poet. I translated the poems from Portuguese into English, but the Portuguese translation I have is already a translation from French which is a translation from Japanese. So in a sense I’m creating my own poems here, because after all the translations it’s not really about Bashō’s original poems anymore. This has allowed me to comment and reflect on what I’ve been doing here, but also on this process of transformation, of claiming something. And while having great respect for it, transforming it into something that’s yours. The things I do always have this relationship with the space I inhabit, but without the idea that this has to relate to a country or a nation.”

You hear stories about people, like businessmen, who travel a lot and stay in hotels all the time. And some of them will always bring something along with them like a photograph or a painting or some object, and they’ll place it in every hotel room they stay in to give them a sense of home when they’re moving around. So my question would be: what can be the role of art in making spaces like this inhabitable?
“I like this story about the businessman. I immediately had to think about the object that I carry around myself and without which I wouldn’t be able to work. I’m not even talking about my cameras, or my painting kit. I’m talking about, for example, my compass; it’s something that I always carry in my pocket and it gives me a sort of security. I know that I can sit down at a table wherever I am and put my compass on it and then I’m claiming that space and I can continue working. I also use this very specific pen which I always buy in Portugal. You can probably find them somewhere else, but I always get them in Portugal. So it’s more about little pieces of equipment or special objects that allow me to claim a personal space and allow me to work in it and then the working is what allows me to inhabit a place.” 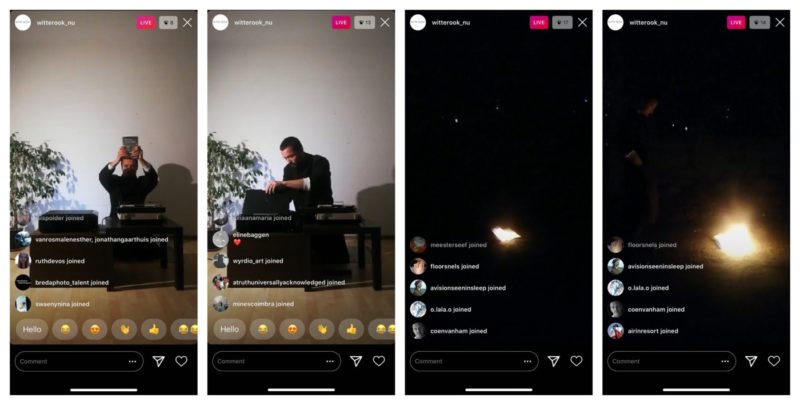 Finally I want to hit on the elephant in the room: your work and your life are all about traveling and being on the move, but because of the corona outbreak you will probably be forced to slow down and stay put somewhere, just like the rest of the world.
“To be honest it didn’t really hit me until yesterday that maybe I’ll be stuck somewhere and it scared me a bit. I was afraid I might get stuck here in the Netherlands and I got quite upset with myself, because it should never be about the external conditions when you go to work, only about how you deal with them. So this morning I was thinking: well, if I’m bound to stay in a certain space, that’s just going to be another drive to create work. So even though we’re probably going to be quarantined somewhere, that is just going to allow me to comment on the idea of movement even more.”

Thank you.
Thank you too. To finish I’d just like to give you one more quote. It’s from another traveler poet, called Saint-John Perse. I share his approach to traveling, writing and creating, and he wrote: ‘I shall inhabit my name.’ That’s how I see identity: I inhabit what I am.

Stationslaan 111, Breda, Nederland
This interview was held on March 12th. As in the following two weeks the corona virus spread and the Dutch government decided to cancel all public events, De Marco's exhibition too was to be canceled. In lieu of a physical opening he opted to host a performance based on three of the transformed Matsuo Bashō poems on the Witte Rook Instagram page instead.

Bruno De Marco was our second Artist in Residence in 2020 and worked at Witte Rook from February 4th till the end of March. The results of his residency were shown in his online performance of An attempt to transform it into my own.

AiR
From this year on, we ask our Artists in Residence (AIR) to send us some (photo)documentation of their work to share them with our...
Door: Jorieke RottierGastauteur
AIR :
Marta Polo and her inner clay.

AiR
For most of the time at Witte Rook, artist Donglai Meng (born in Dalian, China) was free. Or should I call her Marta Meng, her Wes...
Door: Gastauteur
Bekijk alle Artikelen