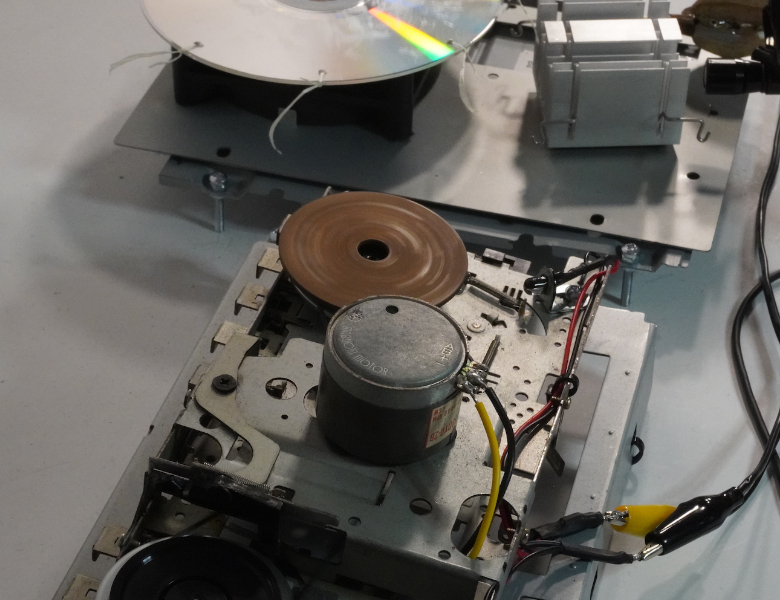 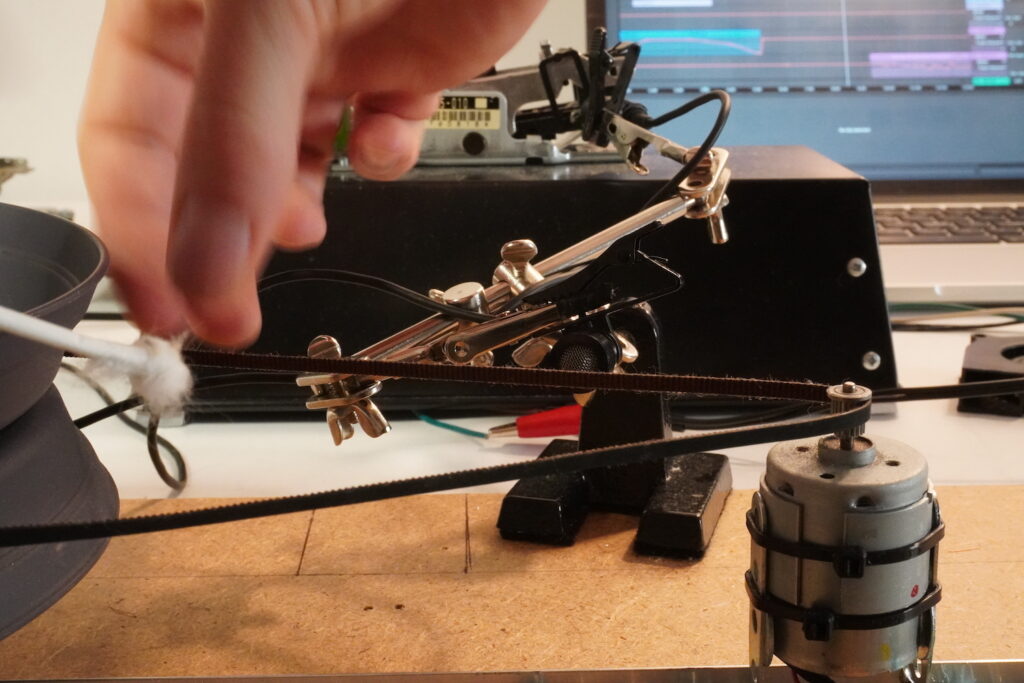 Most of this week has involved creating sections or ‘scenes’ using the various assemblages I have constructed to begin to work on a loose structure for the performance piece.

I documented them with video and sound as I worked on them in order to demonstrate what I am doing but also to help with the structure, and to figure out how one can lead to another. The sections in the video documentation are in order of development only. 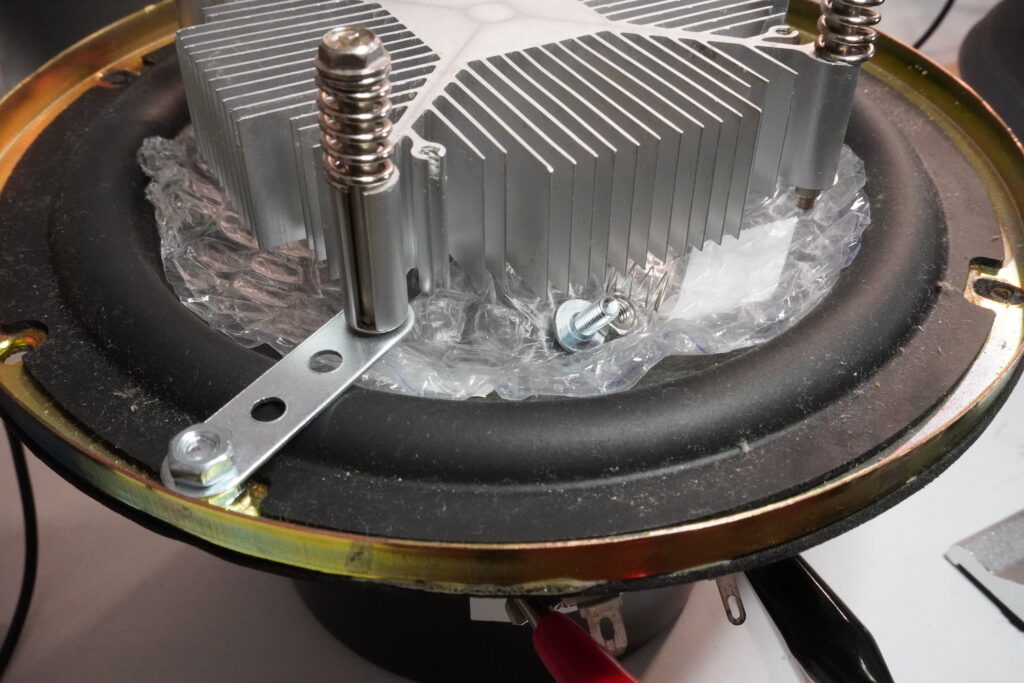 The two devices in the original setup (second double deck and the clunker) are now part of this iteration as I managed to burn out the small fan that made the rock move, and the cardboard box with the worm drive motor inside felt a little too basic to me. However I will keep the idea for another project.

Having contacted various artists and musicians in The Hague, I spoke to Arvind Ganga on Wednesday. He was introduced to me by Wen Chin Fu as someone who organises live events and is a musician himself.

He liked what he saw of the project from these pages and the video, so we chatted about the possibility of me performing in his Myriads series of events. Below you’ll find a brief transcription of our meeting.

I will perform at his studio at Helicopter on 21st July.