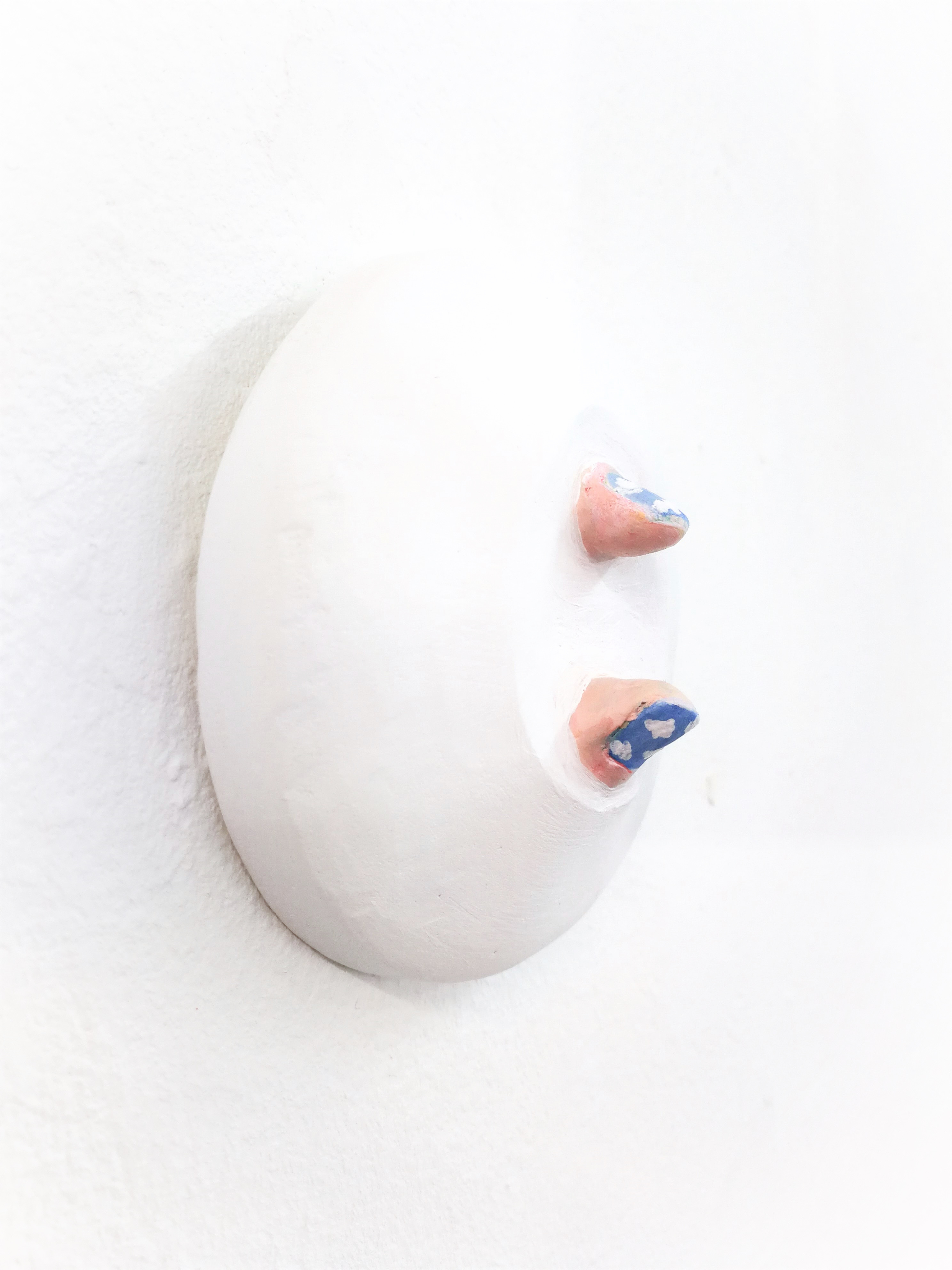 Notes from the Underwood 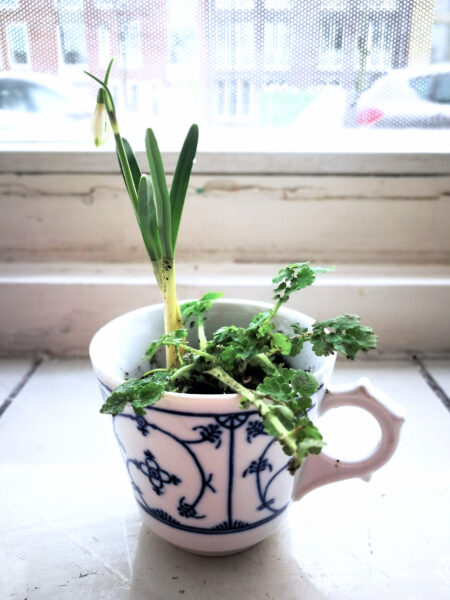 Intro
Come, little snowdrop, let me kidnap you. You are used to extend your roots in the wild
garden of Witte Rook together with your family and friends, and now you will live in a white
and blue porcelain cup close by, yet in different surroundings. We are kin.
You will spend some time inside the house whose bricks shield you from harsh weather,
How windless it is in the space humans call rooms. You will feel the difference of air
pressure and the slow rhythm of the light wandering on the white walls. I promise you, I will
release you after three weeks into the same wild garden again, close to your loved ones. 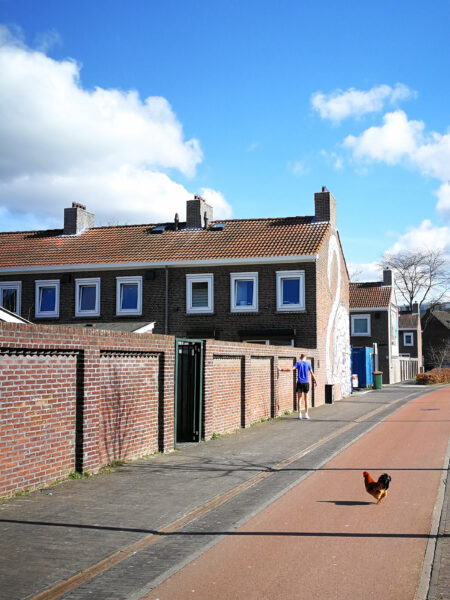 I only know my late grandmother’s chickens’ names. They were named after supermodels
and I liked to touch their soft feathers when they tried to sit on the kitchen chairs. I liked to
watch them foraging in the grass – until I saw them picking a mouse to death. 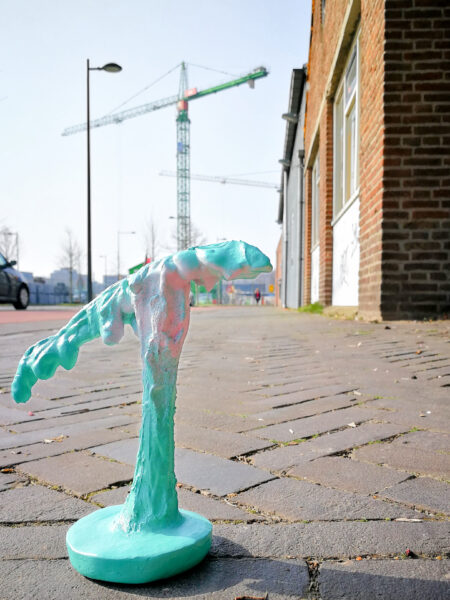 The crane
The eyes of newborn houses across the street give me their blank stare. Their doorlights
are already working, competing with the green rectangular light of my friend Bam’s high up
in the air.

Yes, Bam is a crane. I can see him from the kitchen, the studio and my bedroom window.
Being in residence in times of pandemic lockdown makes me befriend lots of things. There
are many hours a day when I try to understand this house, the city and how I can invite my
work to reside here with me. I want it to relate to the situation. It plays hard to get, but I
have got my means. 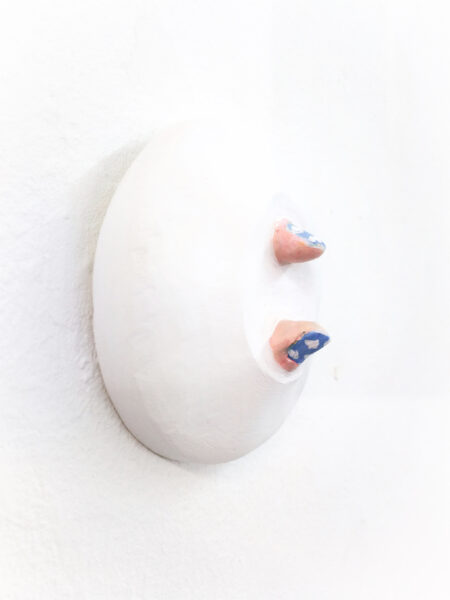 The light switch
Earlier today, I thought I lost a light switch. For a moment I was afraid to become a bit
crazy. I examined every wall of the studio. Sockets? Yes. Heating? Yes. Holes in the wall
as well, witnesses of gone artworks. I checked the spaces behind the sliding door, just to
be sure. No light switch. Finally, I took the speaker from the socket where it was charging,
and there it was. Smaller than the other switches around, it could hide perfectly behind the
grey speaker cube. 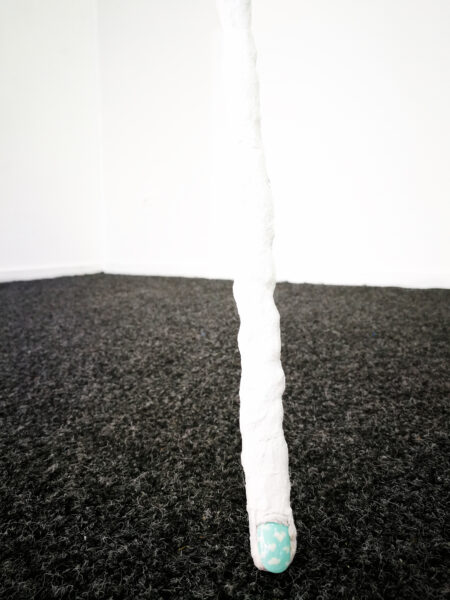 The finger
The finger is doubling, it is becoming female and turns into a bridge. What once has been
a tree, transforms into an act of love. Clouds are becoming white smoke which billows
from a fire ever burning in my heart.

The now doublefinger fits perfectly into the second room, metamorphosing once again in a
slightly curved pilar. It connects floor and ceiling, drawing a line which mentally expands
into the sky. I can see the birds; feet and the clouds through the hole in the roof. 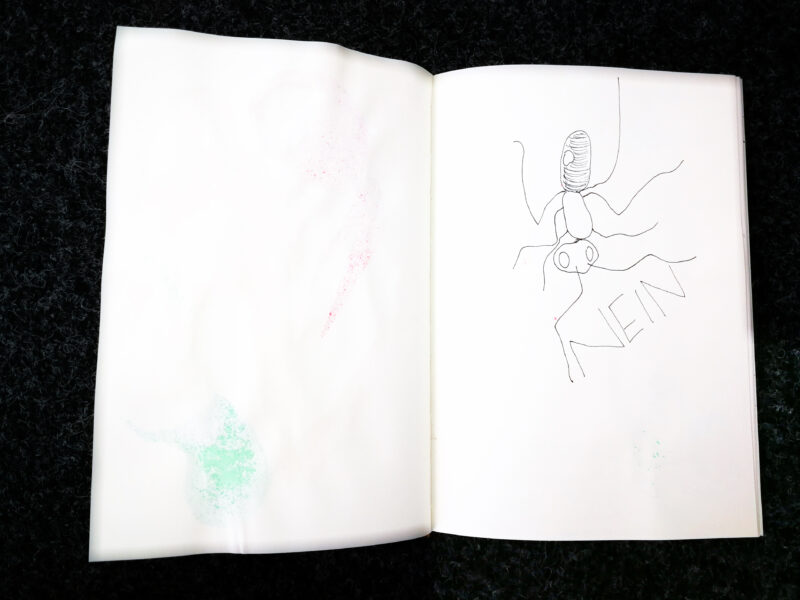 The ants
I don’t like ants. Since I sat on an anthill of red wood ants in Italy as a child, I don’t trust
them. I saw them dragging other insects into holes in the ground. Of course they are an
important part of the natural world, but still: They are quick, they are many. They are way
too organized and ready to die for their colony.

The smile on the faces of the red ants in the pavement between the station and the park
helped for a moment to feel a bit of sympathy. Until I remembered that anthill and learnt
that they should symbolize the mass of people walking to and fro. I am not an ant. My
mandibles are not very threatening and neither am I running around so hastily. 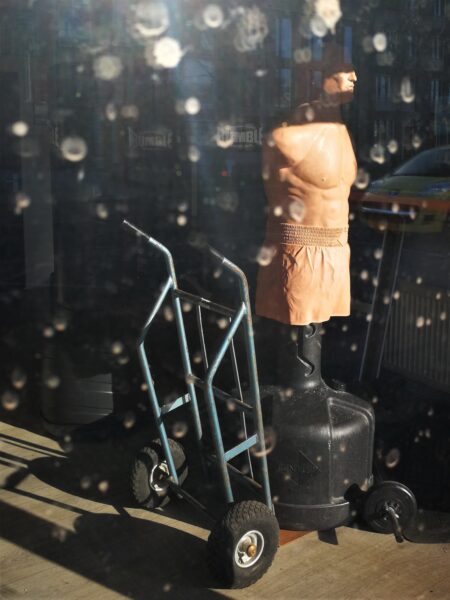 The sounds
All those strange evening sounds are new to me. The boxers are claiming the street in the
evening, just before the curfew starts. They are shouting, listening to music and hitting
sandbags or each other. My music is louder than theirs, filling the studio with feminist rap.
‘Music hath charms to soothe a savage breast, to soften rocks, or bend a knotted oak’, the
British poet William Congreve wrote down in 1697. I do agree with William.

On evenings without excited boxers or cars driving through the rain, I can hear the birds
sing which are meeting up in the underwood and in the treetops of the wild garden. The
bullfinch seems to call me, but apparently I don’t hit the right note as he never appears.
Probably I don’t have enough feathers to be convincing. I also never see the boxers. 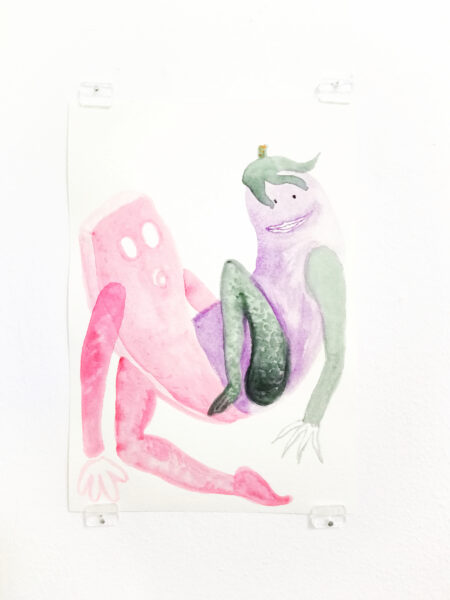 The tongue
The tongue introduces herself, and at first I am confused. Yes, I have been a tongue at former performances which were actually echoes of a silly job in Berlin. In order to promote a famous cinema, I stood on the Kurfürstendamm as a blue female film reel, with a huge hair ribbon and oversized shoes and gloves made out of soft foam.

From mascot to masquerade to carnival is not such a big step, and I start to understand why my hand is drawing the tongue again. Even if the pandemic inhibits the usual outburst of carnival in this town, there are small bushfires. A dash of confetti lying in the snow, or a lonely dragon sneaking around in the historic center. Closed cafés which are fully decorated with pictures of previous festive nights. And a tongue, made of watercolour and memories, arising in a house named White Smoke which does not contain smoke but plenty of space for thought. 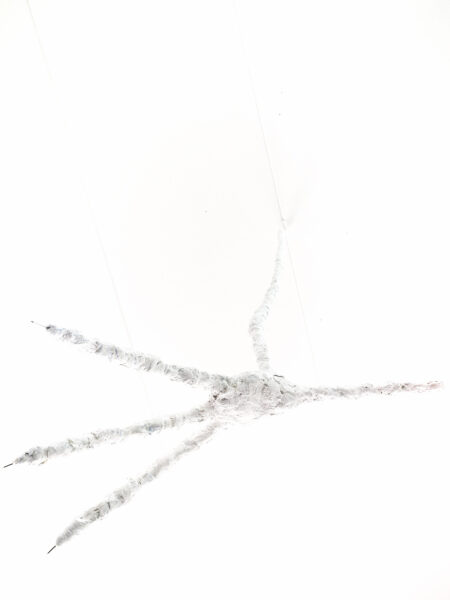 The dance
So now here you are, protagonists. Some of you knew immediately where to hang out, others travelled through the studio spaces until they found the right spot, turning them into a presentation. Although there cannot be an official opening, some very nice people are coming to see you and exchange thoughts overday.

At night, we are all by ourselves. When I go to the kitchen to make some tea, I notice what you look like with the lights switched off. Most of you stay calm, but especially the chicken foot becomes a bit scary. I poke at it cautiously, and it starts to dance. 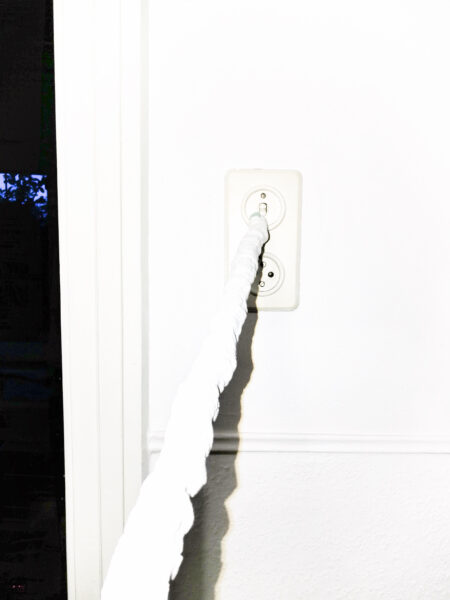 The farewell
You see, snowdrop? I held word, and now you are back in the garden. Your flower has withered a bit, but inside your bulb there is a strong will to survive, and when you bloom next year, you have a lot to tell to your friends and family.

There is one last thing to do: Make the doublefinger meet the light switch to turn off the light. Reluctant at first, they unite with a short and dry kiss and let the twilight cover the hallway.

I am leaving and, from the outside, am touching the well rounded doorknob in order to lock the door. For a second I withdraw my hand, then I touch it again. It is warm. The House is alive.

Witte Rook, Liniestraat, Breda, Nederland
Henriette Von Muenchhausen stayed at Witte Rook as Artist in Residence. The works she created all have their own tales to tell. This publication shares the stories of her work at Witte Rook.

AiR
From this year on, we ask our Artists in Residence (AIR) to send us some (photo)documentation of their work to share them with our...
Door: Jorieke RottierGastauteur
AIR:
AIR binnenland - Raquel Vermunt