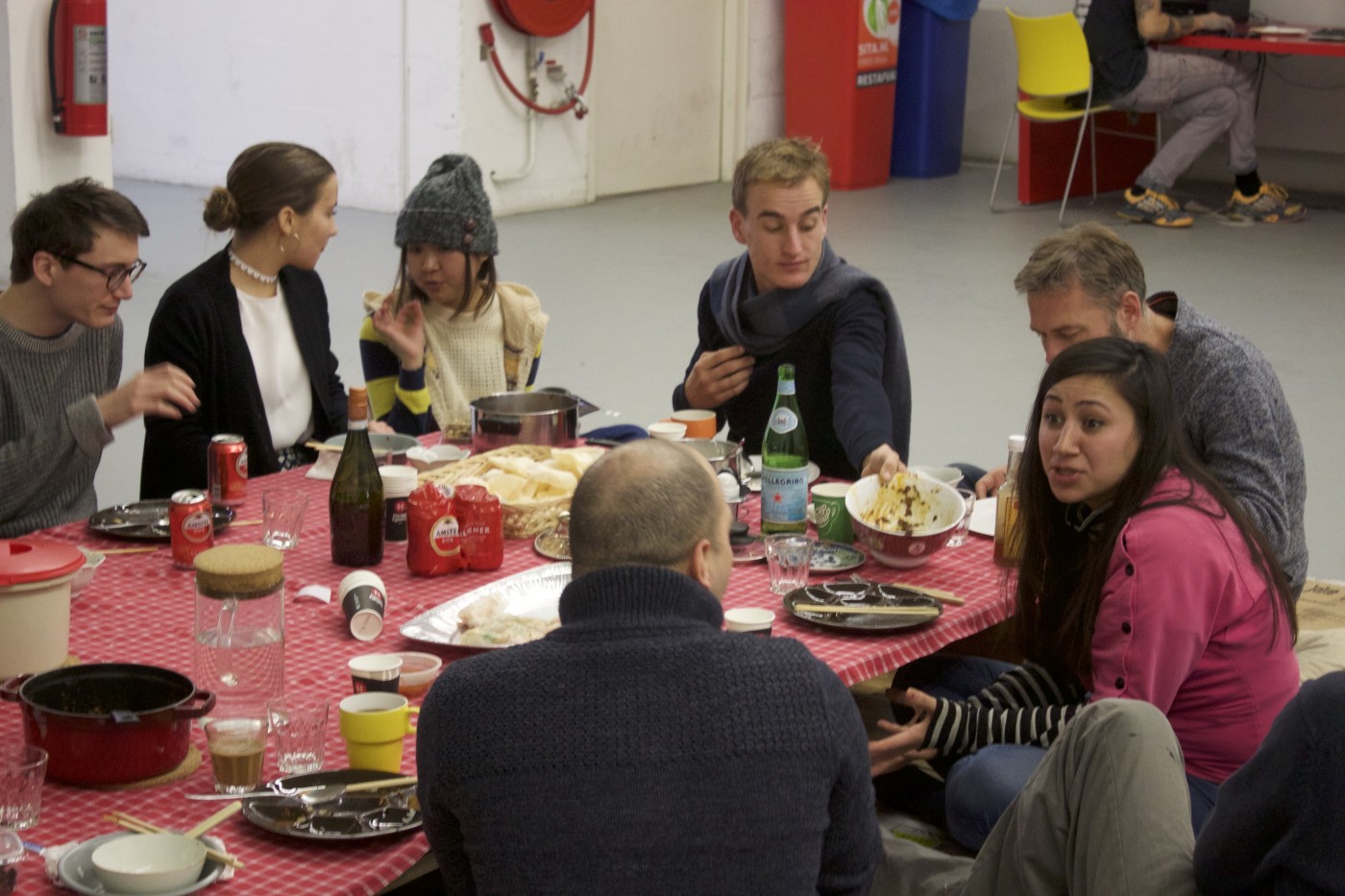 “My name is Ami Tsang, I come from Hong Kong, an Asian city which underwent Britain’s handover of Hong Kong to China in 1997. Twenty years passed, majority of my generation’s ideas over the handover is: they wish that never happened.

This is my second stay in this country. Dutch language and culture share no similarity with the Asian culture that I embedded in. I am still trying to understand this country by being a mayfly. A mayfly cannot stay for a long term. A short life pan (staying) makes me eager to learn and try all the experiments I have in my mind when staying in this open-minded country. The Master programme at AKV | St.Joost provides me such an environment.”

Dried octopus from the Xisha Islands

“My projects always involve more than one participant. The initial ideas usually start from asking questions. From question to question, the answers lead me to the history weaved by all kinds of beings. Imagine how mankind dealt with specific situations and how the consequences influenced the manners of people related. That always fascinates me. The outcomes often prove that no one can live on his own. And this correlation is now what we need to understand and engage in. The engagements present in community, organizations, institutions and even daily lives. My practise tend to realize and visualise the mutual beneficial encounters by initiating long term projects.

Recently I am studying the South China Sea territorial disputes. Within the sea adjacent to China, Vietnam, Malaysia, Philippines ,Taiwan and Japan, there are numbers of sparely islands which have unaccountable tons of energy resources beneath. Since thousand years ago, these South East Asian countries have been fighting for the islands’ domain sovereignty. Boundaries in this area are constantly changing when cooperation and conflicts often happen at the same time. I shipped a dried octopus from one of the most controversial islands there – Xisha Islands (also named Hoàng Sa in Vietnam). By constructing a series of social experiments and happenings, I use the octopus as a tool to ask: who can determine where a mobile living being comes from? This is also my question to my own identity when some of my Hong Kong friends discriminate Chinese immigrants, while my father was indeed a mainlander before he fled from mainland China to Hong Kong after the Cultural Revolution by swimming over the Sham Chun River. In fact, many of my engaging projects start from the idea of raising the cognition of the indifference points of our origin.”

“Part of this research will be shown at Cultuurnacht. A Vietnamese friend of mine introduced an interesting angle to showcase the influence political statements on the octopus packages would have. I will also serve some octopus soup on a food truck during the exhibition. By then, I hope to raise the awareness of visitors for the relationship between the South East Asian countries and that they realise how the consequences of these conflicts may one day affect everyone of us.

I don’t see myself as (named) an artist in the future. I do want to keep provoking and organising influential and sharable moments. Gather people at a place. Make them stay and discover food for thoughts. If this can be attained by not only being an artist, but communicating and cooperating with people who have better ideas, I will neglect what kind of role I am in.”

In this article Ami Tsang shares her motives for being an artist and the work she will be presenting at Electron Breda. Text by Ami Tsang, arranged by Marjan Kieboom.

Interview
"A large green bag for packing your garden furniture, a plastic banana for your banana, for every bolt and screw is a solution. Ev...
Door: Gastauteur
interview:
Ielse Slager and her search for innerness

Interview
"After a couple of years of exhibiting and writing I found that my work has more layers to it that I would like to explore. Furthe...
Door: Gastauteur
interview :
Maurice Nuiten and his everyday (un)reality

Interview
"A Midwest American. I am from a working middle-class family and an impoverished area of Southern Illinois. My education has influ...
Door: Gastauteur
interview :
Helga Jakobson on weaving her own visual tapestry

Interview
"My practice is a responsive and reflective attempt to quantify experience. Often taking form through the utilization of organic a...
Door: Gastauteur
interview :
Peng Zhang on painting and water (pollution)

Interview
"My sister and brother studied art, so I am influenced by them. They always shared something about art with me, bringing me to art...
Door: Gastauteur
Bekijk alle Artikelen