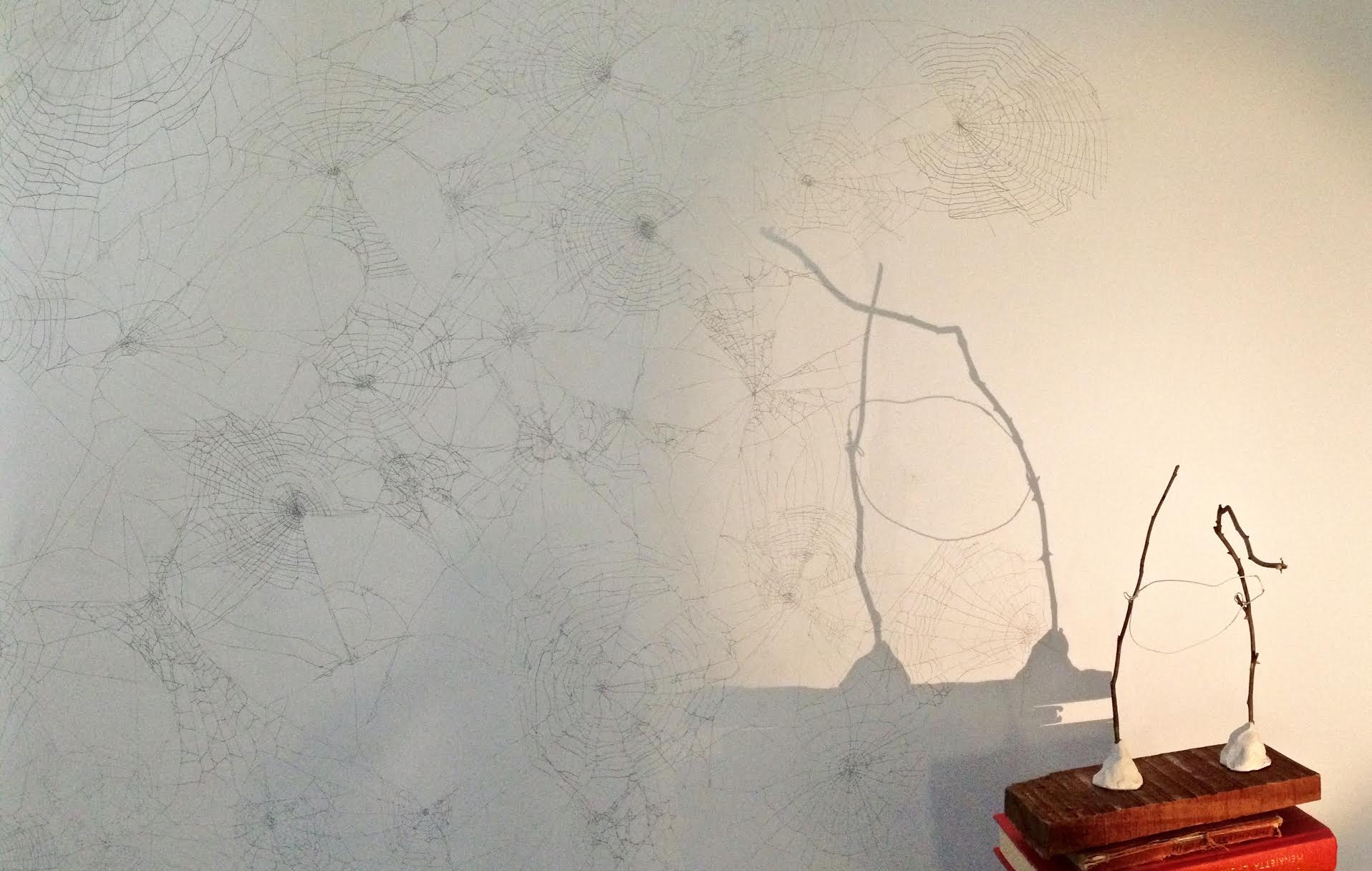 Helga Jakobson on weaving her own visual tapestry

“My practice is a responsive and reflective attempt to quantify experience. Often taking form through the utilization of organic and bodily material, traditional crafting methods, and digital interface. Whether culminating into actions or objects, it responds to conditions of limbo within existence as well as confronting the unknown.

For my thesis I am constructing a digital and physical web; weaving together the overlapping, intuitive and sometimes complicated interconnections that comprise my interest in handcraft, witchcraft, and digital craft. The main threads that run between these interests are the experience of women, their traditional work and their knowledge sharing, reverence of intuition and it’s use as a technology, as well as ecology and cultural shifts away from anthropocentrism. My political base and motivation is in exploring how to move away from patriarchal and capitalistic structures in favor of non binary, feminist and socialist leaning ones instead. Focusing on how an individual can autonomously cope with death dying and illness, and am inspired by ephemeral materiality.”

Prototype of a Spiderweb record player

“I try to keep a balance between technology based mediums, traditional craft methods and organic material. At the moment I’m most often producing work through Arduino and Processing, spider webs, and human hair.

During Cultuurnacht, I will be presenting the first prototype of a Spiderweb record player as well as an ongoing drawing of the webs that I collect. This work is heavily based in the readapting of pre-existing mythology. Traditionally women’s storytelling was presented through oral mythology, told around fires and looms. Creation myths of the First Nation’s people of North America and Australia often centre around a Grandmother Spider character who wove the night sky with her silk, similar to Anansi/Ashanti in West Africa. Another dominant female spider character is Arachne of Greek mythology, whose name is now attributed to the arachnids. In her myth, she challenged Athena to a weaving contest. Arachne, who could be considered one of the inaugural female authors, was a self aware mortal with the ability to weave better than Athena herself. Her myth is based in a woman’s belief enough in her own skill to challenge authority in order to prove her ability to her community. Athena took Arachne’s challenge, and when Arachne wove a tapestry better than Athena’s, she was turned into a spider.”

Weaving my own visual tapestry

“The design of a spider’s web has no connection with its ability to capture prey, in fact it’s stabilimenta often lowers the web’s effectiveness. The web’s structure exists as a reflection of the moment/circumstance of its construction and physical embodiment of the spider’s aesthetic preference. As I produce illustrations of the spiderwebs I collect, I’m weaving my own visual tapestry. To be able to draw the webs, I project light onto them and then live trace their shadow, physically engaging with the material doomed to Arachne’s progeny. This work, as well as the sonification of these webs through producing their sound via my ‘record’ player, I am attempting to address feelings of female lack, and in reflection of craftswomen, the fates, weavers and ‘spinsters’. In doing so, I’m wondering if it’s possible to rewrite (or I’ll settle for simply examine) this classical myth and its cultural implications.” 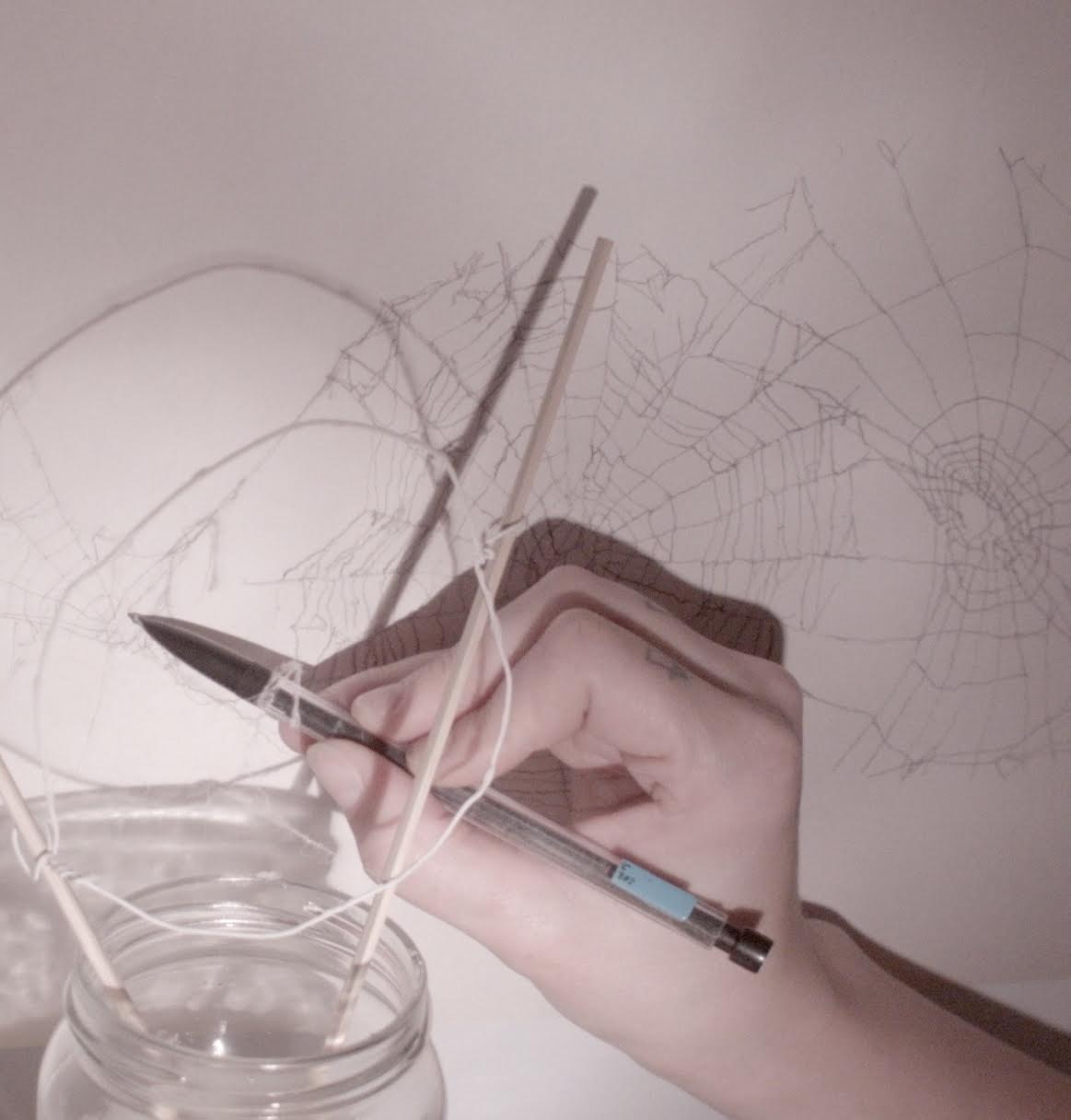 In this article Helga Jakobson shares her motives for being an artist and the work she will be presenting at Electron Breda. Text by Helga Jakobson, arranged by Marjan Kieboom.

Interview
"A Midwest American. I am from a working middle-class family and an impoverished area of Southern Illinois. My education has influ...
Door: Gastauteur
interview :
Maurice Nuiten and his everyday (un)reality

Interview
"After a couple of years of exhibiting and writing I found that my work has more layers to it that I would like to explore. Furthe...
Door: Gastauteur
interview :
Peng Zhang on painting and water (pollution)

Interview
"My sister and brother studied art, so I am influenced by them. They always shared something about art with me, bringing me to art...
Door: Gastauteur
interview :
Ami Tsang on raising awareness for the relationship between the South East Asian countries

Interview
"A large green bag for packing your garden furniture, a plastic banana for your banana, for every bolt and screw is a solution. Ev...
Door: Gastauteur
Bekijk alle Artikelen