Zoeken Contact Partners Auteurs
Home / Artikelen / It’s not about the artist, it is about the final Image, Charles Laib Bitton 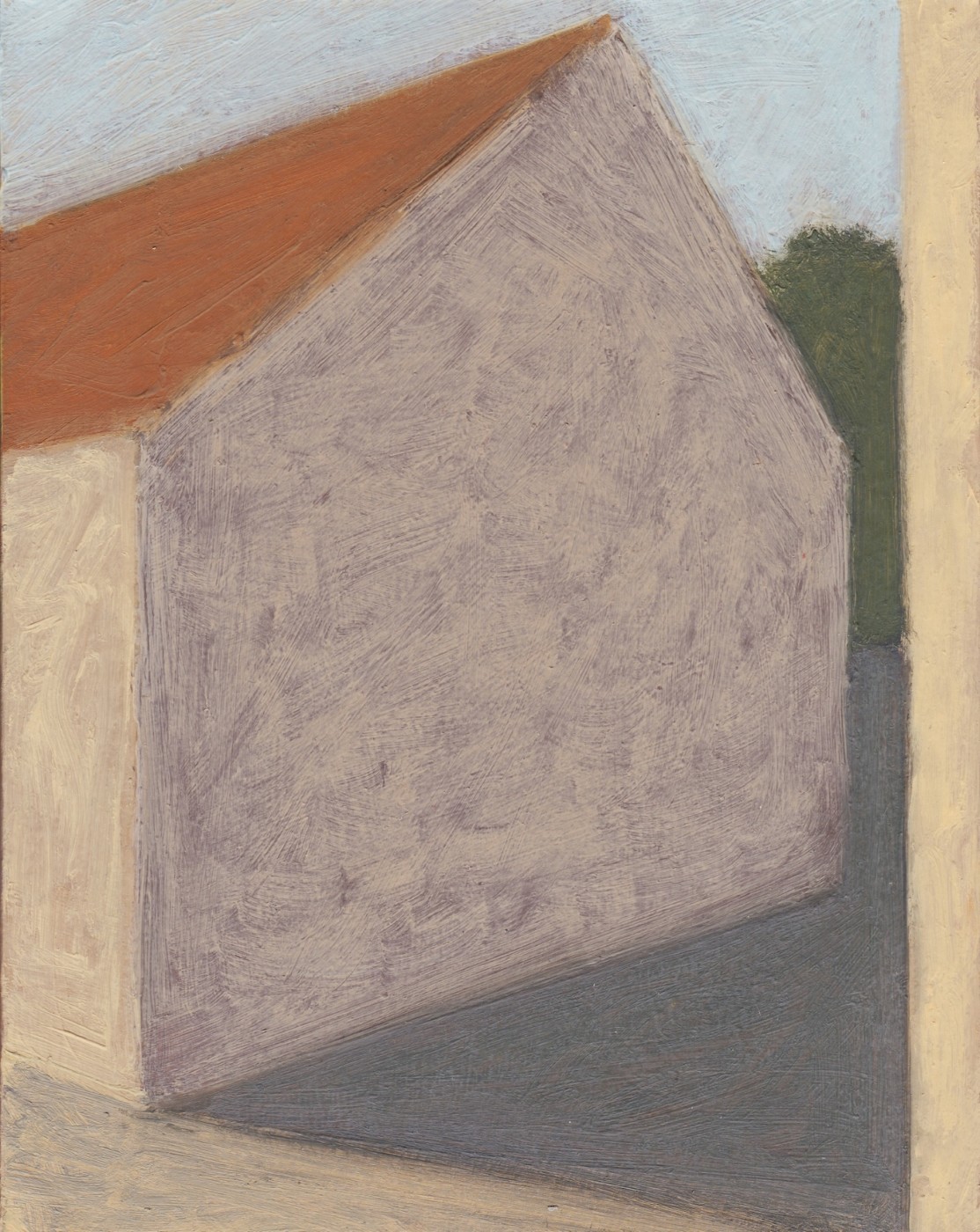 It’s not about the artist, it is about the final Image, Charles Laib Bitton

At February 22e I visited Charles Laib Bitton at the studio of the Van Gogh Artist in Residence in Zundert, Noord- Brabant, the Netherlands. The interview, or edited conversation, will however not include quotes like it normally does. Charles explained, while we were surrounded with the works he produced here, that his role is predestined in being the middleman between observation and realisation. The interpretation of his paintings is put completely in the eye of the beholder. He takes full responsibility for the creative process, but the work has to exists on its own terms. What do you see when you look at my work? Charles asked. 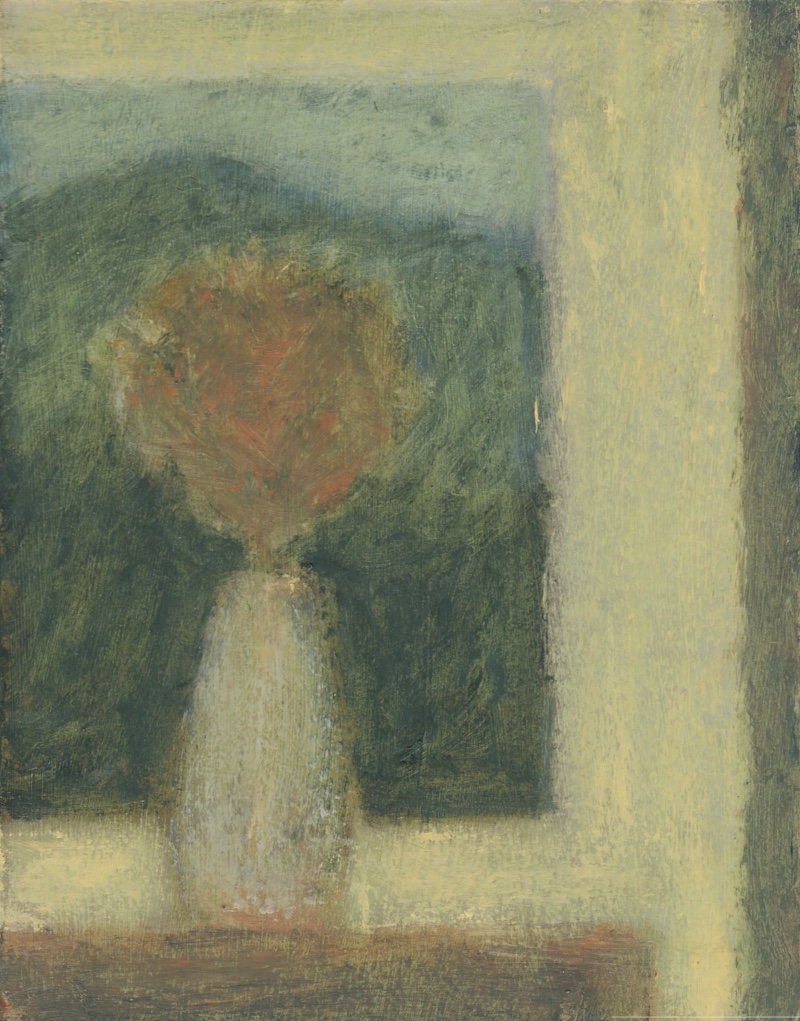 My first impression, before we started talking, was about the colours he used. Was this induced by the surroundings? It is greyish and not explicit but always with a certain green tone. It is a comfortable colour, a little melancholic but not old fashioned. Added with some powdery blue and yellow ochre it still is lively enough but in a modest way. Even the size of the paintings is modest, but it is the right size. Bigger won’t work because they all include a certain intimacy. I never realized you can create a world of your own just by colour. Although of course the ways of the world are very much about colour, or language. But language is how we communicate, according to Charles, and in my own thoughts I added that his paintings need to exclude their selves from the framework of words for their freedom. 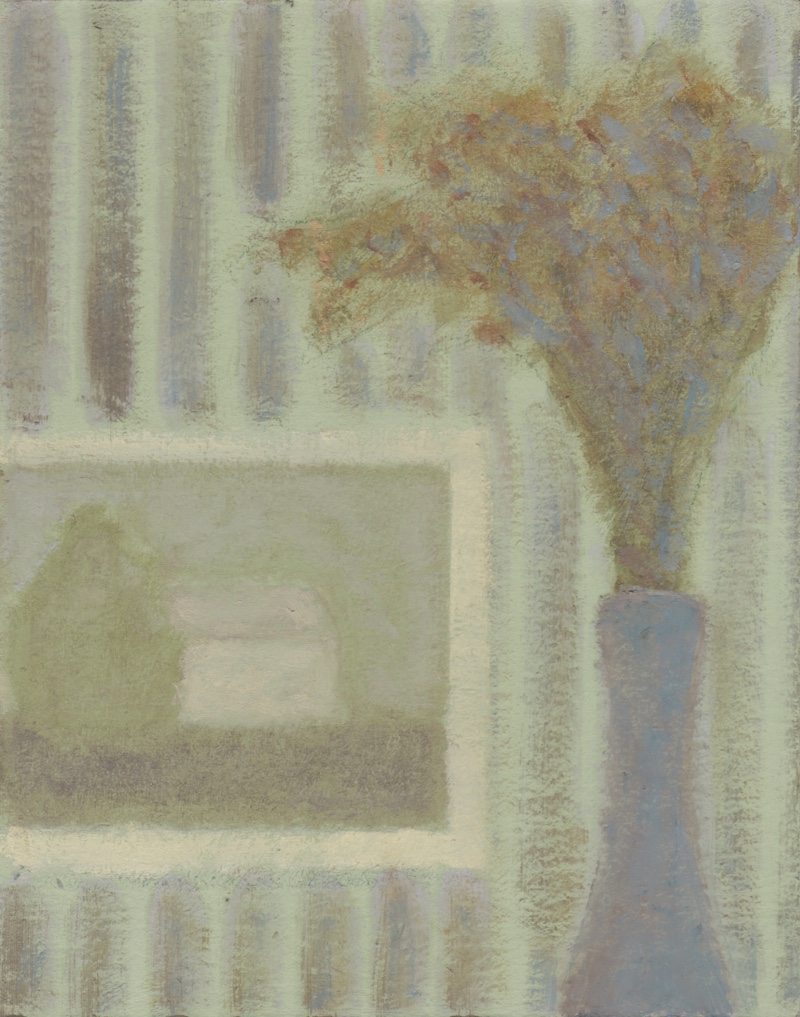 Because this is my observation, I think I am entitled to add some details Charles told me, but in my own words. Like for instance that Charles painted from his memory and not by direct observation. Sometimes he’d seen his subject, sometimes not, but it is no longer depended on the rules of perspective and logic to make its entrance in the visual world. I like that from personal experience, however I regret to have little time for what I do like most which is to draw as little as possible (a free interpretation of a most famous quote by Marcel Duchamp for which I have a great esteem for changing the arts, Charles sees this more like opening the box of Pandora). I do share the opinion that drawing or painting without dominance of the example sets the image free and make way for artistic choices you otherwise could never allow yourself.

But what is to be seen? Searching from my memory, because I felt obliged to review without the visual object just like Charles, there are some paintings that I remember more than other. There are three themes of observation as I recall; the outside, the inside and the window that divides them. The last one is also the mediator, Charles made here several paintings where you see the wall, the plant and the window, or is it a painting of the world outside on an imaginary wall? Maybe it is a window in a painting? Or maybe it is a gentle reminder of the fact that I am now the observer and have to earn my part in the existence of the painting. 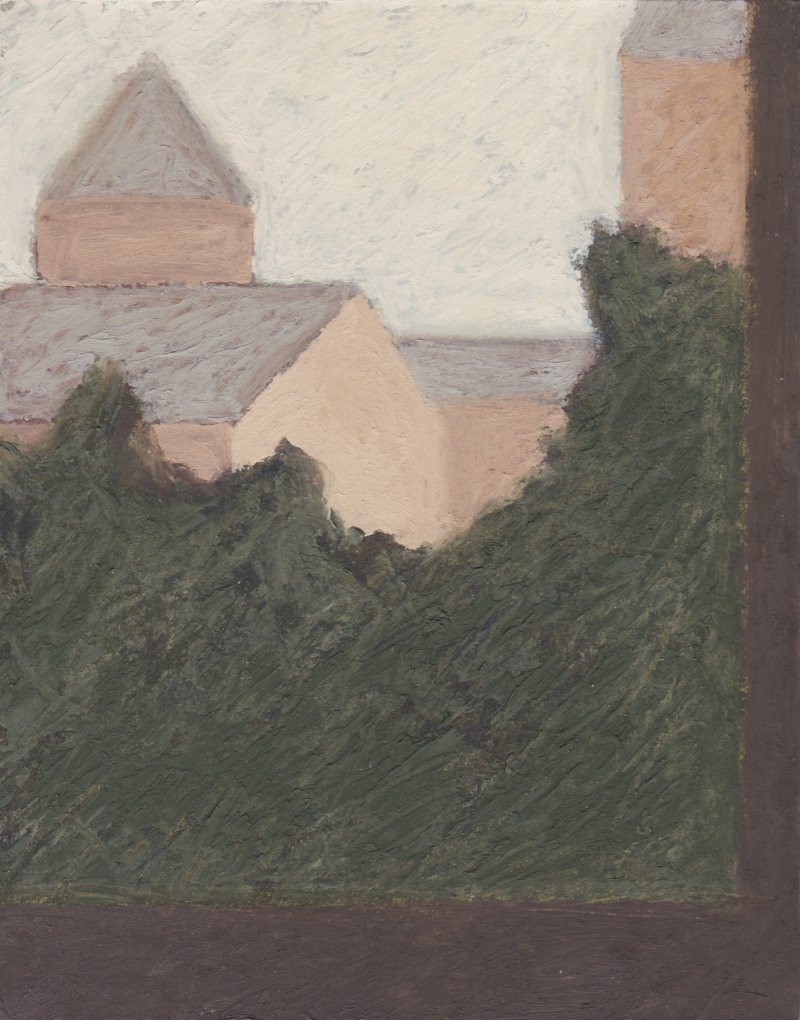 When Charles said that it is all about the final image, that doesn’t mean that he excludes the process out of his work. But he is very particular about what he shows, however it is difficult to agree when I see in the studio a series of paintings. Of course, some of them are more mature than others, and that the so-called final image needs time to prove its relevance, but I really sympathise with the not yet rated painting’s because they are as much necessary to figure out what the final image could be. One of his chosen paintings is that of the church, which is just visible by the roof and its tower. Most of the picture is filled with trees and irrelevant walls, but they are relevant for the composition. At first glance it is a true reflection on the society of Zundert; small-town buildings, green borders and a towering church to remind us to be humble. But in retrospection it is more about harmony, something pure, a respectful way of observing society and pass it through. Another one Charles made of a building, no church just walls and green, is even more abstract. The colours have taken over because there are no windows, no doors but just blind walls as they should be, grey and dull. But not here, there is a lively colourfield of forms that are delicately put in position, so we recognise very well how to read it. 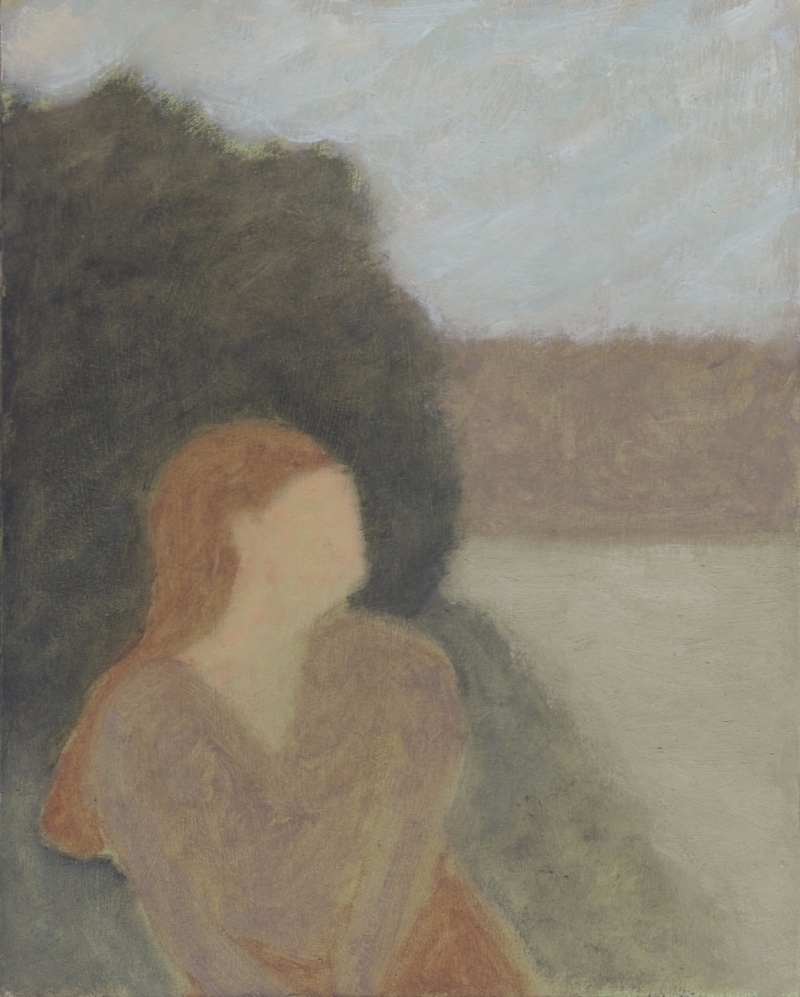 I am glad Charles does not use titles except to point out some universal value like landscape or still life. Maybe he should add one like interior. The interior as the domain of privacy, a little voyeurism but not in a negative way, just as a person looking at a scene from a certain distance. Like the painting that shows a woman sitting. It must be a woman even if she has no significant features but all together there is something in the way she sits, how she holds her head, where she puts her hands, her hair that could not be mistaken. Although it is not painted realistic, it feels classical by reducing the scene to colour and form, just enough to remind you at something you ever saw that left the same feeling. Maybe Charles is right when he says that Art should have a sacred place just like religion. And in his altruism, he removes every trace of himself out of the picture, he only lends his own name, but he is never gone in spite of his efforts. That can best be explained by a series of my favourites, the studies of two buildings with a narrow alley between them. On paper there were several variations of this windowless buildings, not even in pocession off a door. They form a closed block but strangely enough there is a contradiction because it does not feel closed. It is a friendly and intriguing space that is not inviting but also not unfriendly, it keeps to itself. 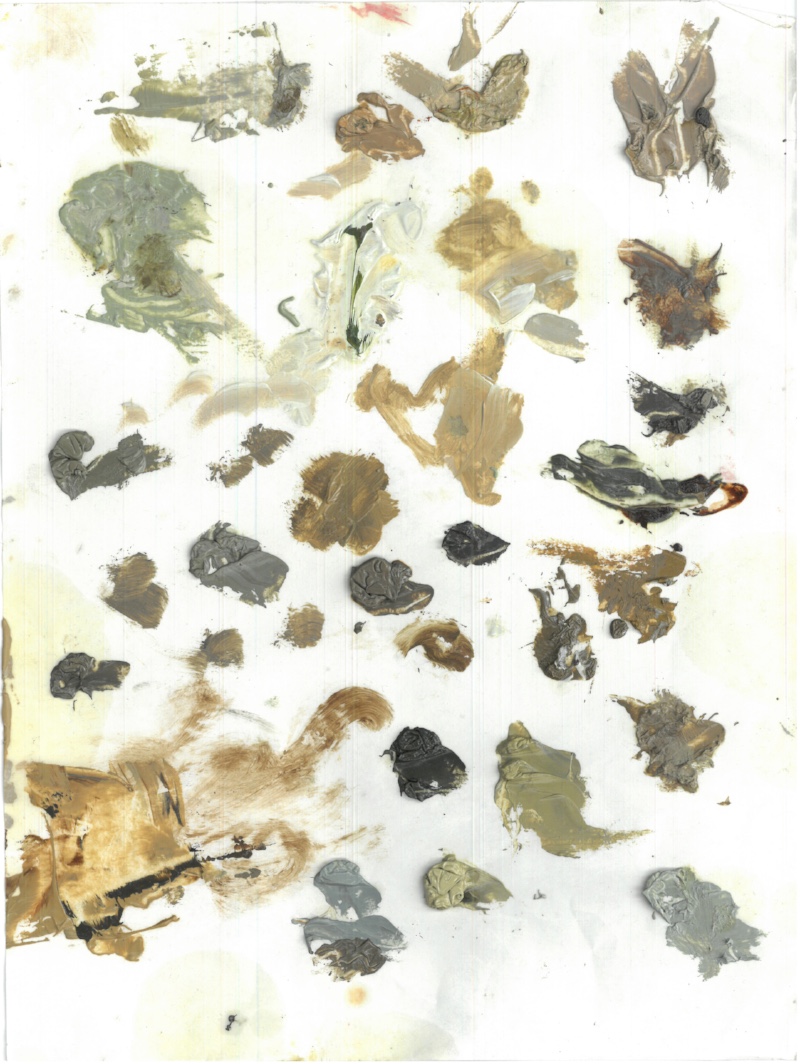 Sint Elisabethlaan 1A, Zundert, Nederland
Charles Laib Bitton worked as "artist-in-residence" in the guest studio of the Vincent van Gogh House in February 2019. The results of this working period will be exhibited from 28 February till the end of March 2019 in the Van GoghGalerie.

With the Van Gogh artist-in-residence program, the Van Gogh House in Zundert wants to follow Vincent's dream of "the studio of the South". Artists from all corners of the globe, both young talents and established names, are invited to come and work in Zundert for a while. To follow in Van Gogh's footsteps and be inspired by his work, his ideas and the place where he grew up.

The guest studio, idyllically situated on the grounds of the Protestant church where Vincent's father preached, with the sexton's house and the vegetable garden, offers contemporary artist’s the opportunity to work in peace for a while. What the guests have in common is that they are inspired in one way or another by the life and work of Vincent van Gogh. A period of research, experimentation and seclusion in the immediate vicinity of his birthplace is special and very motivating.